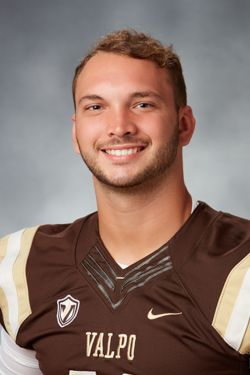 Spring 2021: Played in all six games and made two starts… Had 16 tackles including 4.5 tackles for loss and a team-high three sacks… Had four tackles in the March 20 game vs. Drake… Accrued five tackles including 2.5 sacks on April 3 at Drake… His 2.5 sacks in the April 3 game totaled 19 yards as he notched the most sacks by a Valpo player in a single game since 2015… Member of PFL Academic Honor Roll… Received Valparaiso University Presidential Academic Honors.