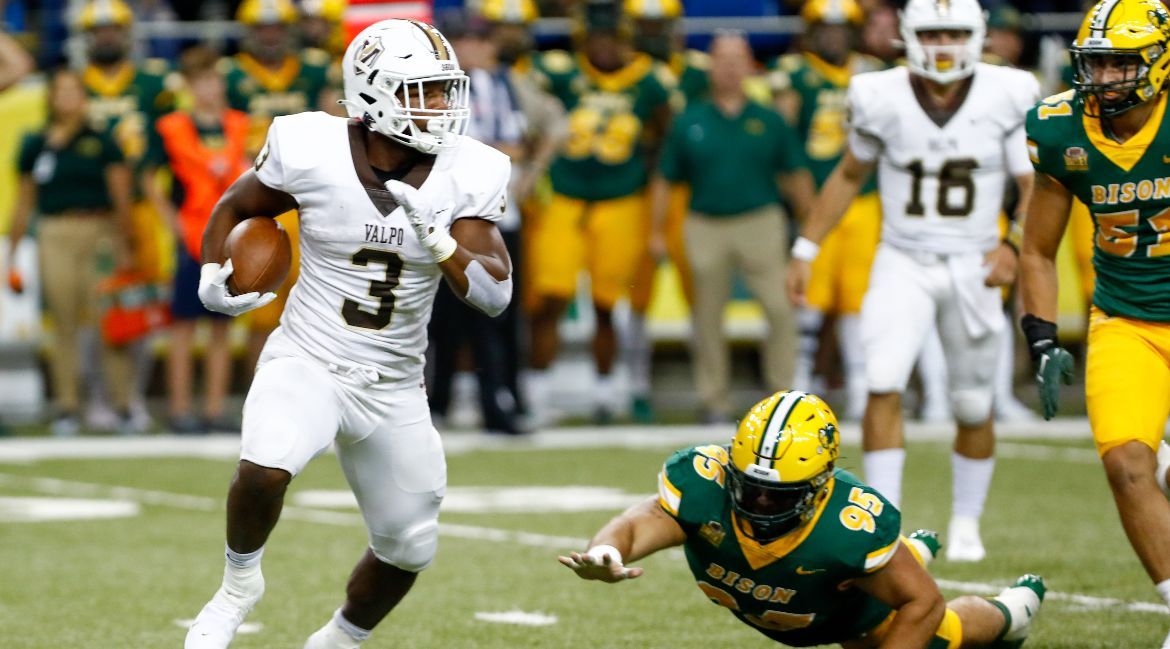 The Valparaiso University football team incurred a 64-0 setback to full-scholarship, nationally-ranked North Dakota State on Saturday afternoon at the Fargodome in Fargo, N.D. The Bison have won eight of the last 10 FCS national titles and entered the game ranked fifth nationally in the Stats Perform FCS Poll and fourth in the AFCA Coaches’ Poll.

Valpo (0-2) will kick off the home portion of the season next Saturday, Sept. 18 at 1 p.m. vs. Dartmouth at Brown Field as a top-tier Ivy League foe makes its way to Northwest Indiana. All Valpo home games this season will be broadcast on ESPN3 as well as the Valpo Sports Network, available on 95.1 FM Valparaiso, on ValpoAthletics.com and via the TuneIn Radio app.