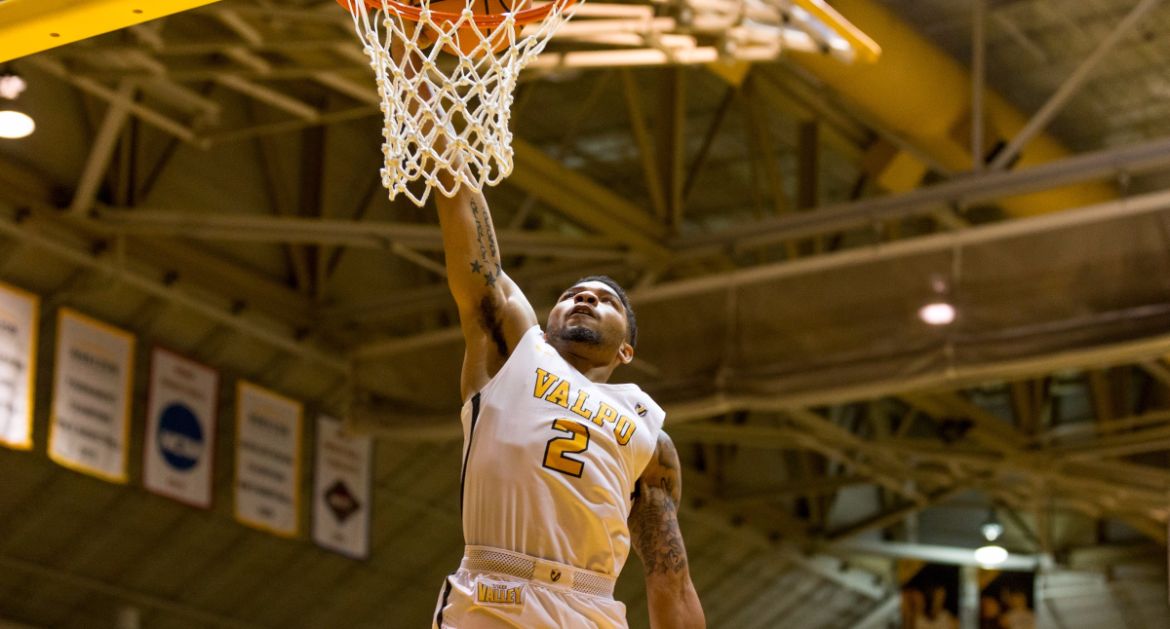 Tevonn Walker throws down a dunk for the 1,000th point of his career.
Trinity Christian at Valparaiso | November 13, 2017
Related Links
Related Links

The Valparaiso University men’s basketball team improved to 2-0 on the year as the Crusaders cruised to an 83-46 victory over Trinity Christian at the ARC on Monday night. With his first basket of the day, senior Tevonn Walker (Montreal, Quebec/Vanier College) surpassed the 1,000-point milestone for his career.

Valpo (2-0) faces its first road test of the year Wednesday night at SIU Edwardsville. Tipoff is set for 7 p.m., and the game can be seen live on Fox Sports Midwest. As always, the game can be heard as well on WVUR (95.1 FM, Valparaiso). Links for the live coverage will be available via ValpoAthletics.com.