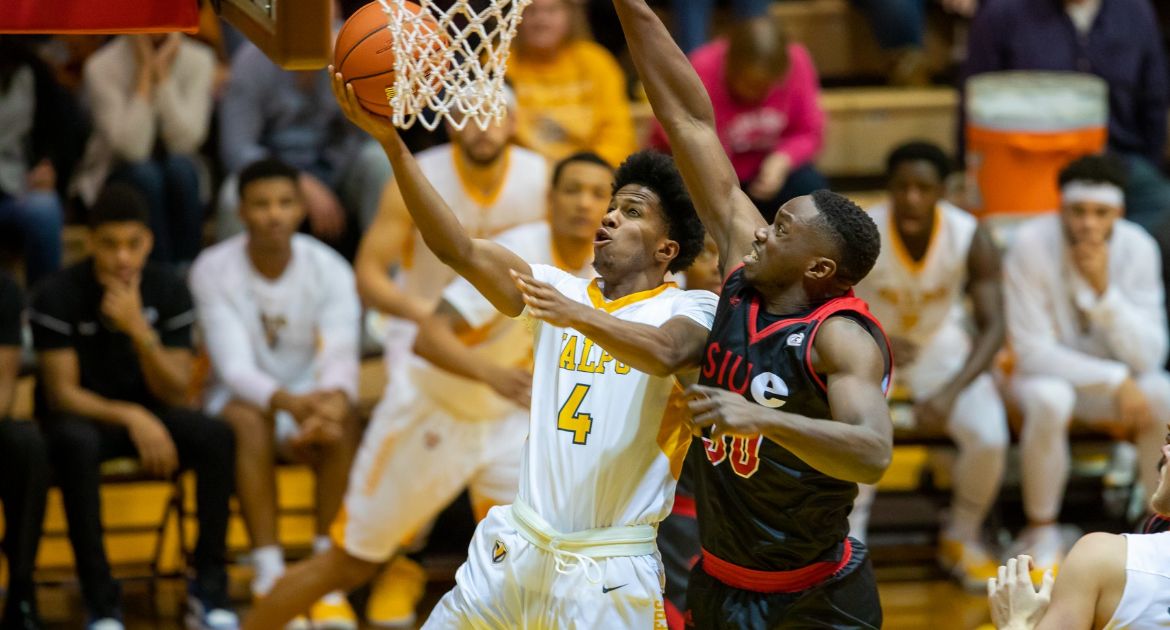 Heading into a holiday known for extra helpings of food, fans at the ARC got an extra helping of basketball Wednesday evening, as Valparaiso and SIUE went into overtime before Valpo out-scored the Cougars 7-2 in the extra period to earn a 75-70 victory.

Valpo (3-2) faces a challenge on Saturday afternoon, as the Brown and Gold travels to Morgantown, W.V. to take on West Virginia in a non-bracketed game as part of the Myrtle Beach Invitational. The game is scheduled to tip at 1 p.m. CT and can be seen live on AT&T SportsNet Pittsburgh.