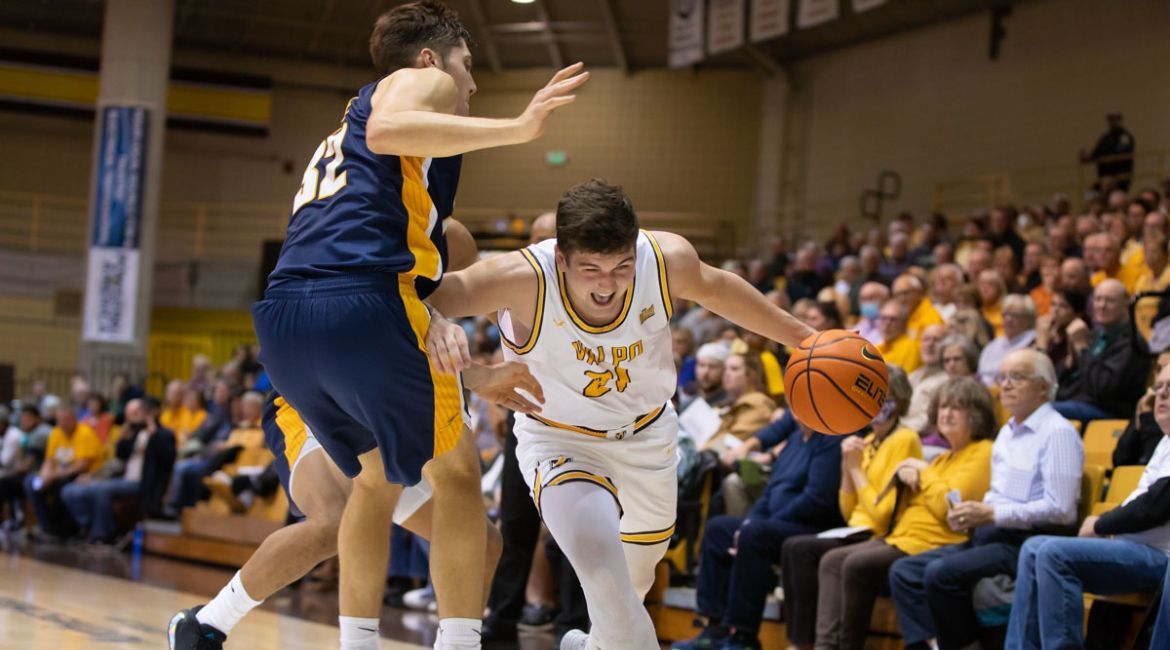 Trevor Anderson had 11 points on 5-of-8 shooting in his Valpo debut.
Toledo at Valparaiso | November 09, 2021
Related Links
Related Links

The Valparaiso University men’s basketball team took a 61-60 lead with 3:32 remaining in Tuesday’s season opener against defending Mid-American Conference regular-season champion Toledo, but the visiting Rockets jetted ahead with a game-closing 9-0 run to prevail 69-61 at the Athletics-Recreation Center. Thomas Kithier (Macomb, Mich. / Clarkston [Michigan State]) turned in 16 points in his Valpo debut to lead four Beacons in double figures.

Valpo (0-1) will welcome nearby foe UIC to the ARC on Saturday for a high noon tip. The game will be broadcast on ESPN3 with links to live video, audio and stats available on ValpoAthletics.com.