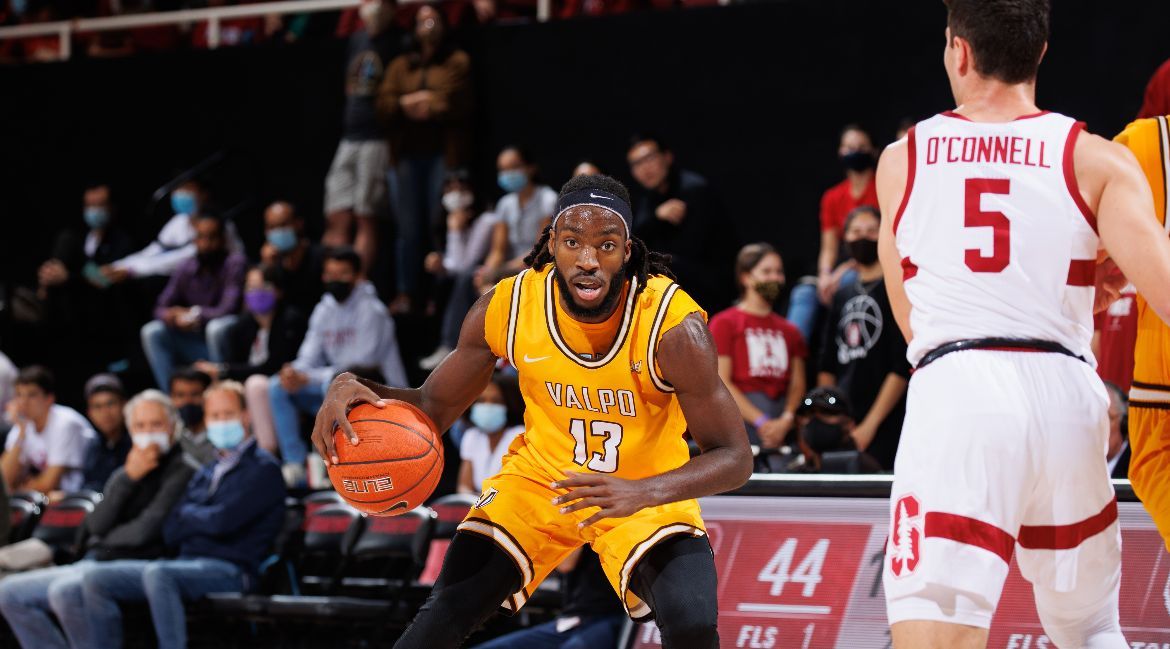 Sheldon Edwards had a career-high 23 points on Wednesday.
Valparaiso at Tulane | November 24, 2021

A career night from sophomore Sheldon Edwards (West Palm Beach, Fla. / Palm Beach Lakes [TLAP Sports Academy]) and a gutsy team performance down the stretch made a 12-point second-half deficit no match for the Valparaiso University men’s basketball team on Wednesday night in Nassau, The Bahamas.

Less than 24 hours removed from a heartbreaking defeat to Coastal Carolina, Valpo responded in positive fashion by rallying past Tulane 68-64 in the third-place game of the Nassau Championship. The team faced adversity in more ways than one, including having to play the final 3:46 without leading returning scorer Ben Krikke (Edmonton, Alberta, Canada / Jasper Place]), who was tagged with his fifth foul. But head coach Matt Lottich’s team battled through it all to best the Green Wave and secure a winning week at the Baha Mar Convention Center.

Valpo (2-4) will travel back to the States on Thursday in advance of Saturday’s home date with Trinity Christian at the Athletics-Recreation Center. The game will tip off at 6 p.m. on ESPN3. For ticket information, visit valpoathletics.com/tickets.