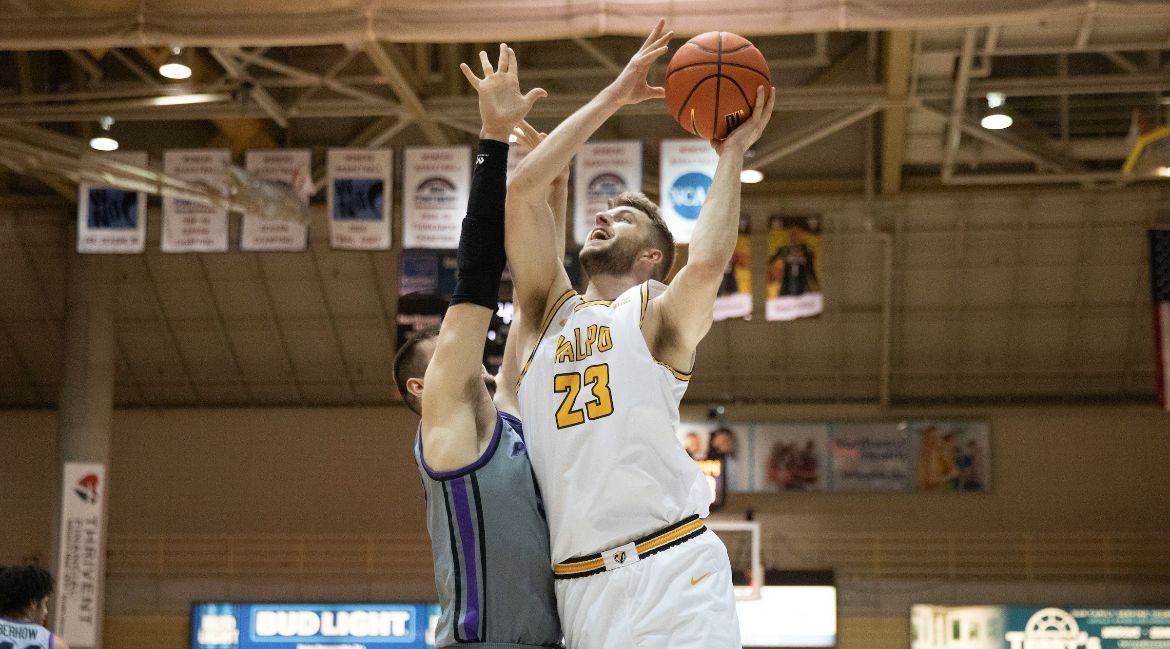 Ben Krikke had 21 points on Saturday, his highest scoring output in conference play this season.
Valparaiso at Indiana St. | January 22, 2022

This week may not have been for the faint of heart, but it sure was for those who enjoy Valparaiso University men’s basketball victories.

Fresh off Wednesday’s overtime win over UNI, the program once again delivered a thrilling triumph on Saturday afternoon at the Hulman Center in Terre Haute. After three of the previous six games required overtime, this one featured only 40 minutes of action but was every bit as dramatic as the Beacons battled back from a five-point halftime hole to edge Indiana State 75-73. Ben Krikke’s (Edmonton, Alberta, Canada / Jasper Place) go-ahead basket spun around the rim and in with six seconds remaining and stood as the game-winner.

Valpo (10-10, 3-5 MVC) will look for a third consecutive victory on Wednesday as Bradley comes to the Athletics-Recreation Center for a 6 p.m. start. The game will air on ESPN+, 95.1 FM Valparaiso and the TuneIn Radio app. To purchase tickets or for more information, visit valpoathletics.com/tickets.