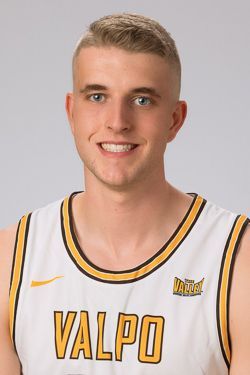 Click here for player profile story leading into the 2020-21 season.

2020-21: Leading into the season, spent time working on improving his shooting and hitting shots at a higher rate, especially from 3. Also worked on bulking up and improving his strength, dribbling and ball-handling. Hopes to be versatile enough to play on the perimeter if needed.

Prep: Led Jasper Place H.S. to the Alberta Schools’ Athletic Association provincial championship… Earned a spot on the BioSteel All-Canadian game roster… Was the MVP of the Alberta Basketball All-Star Showcase, scoring 37 points… Competed internationally for Team Canada at the 2018 FIBA U17 World Cup in Argentina, averaging 9.9 points per game and 4.4 rebounds per game while helping Canada to a fourth-place finish. He was the only player from outside of Quebec or Ontario to make the roster.

Personal: Credits his father’s Michael Jordan DVD set for helping hone his skills. DVDs include Jordan’s greatest games, plays and Top 10 dunks… Father Kent is a physical education teacher and former college basketball player. He has run a basketball camp in Alberta for over 20 years... Hobbies include fishing with his dad and cheering on the Toronto Raptors, his favorite pro team... Majoring in business... Hails from Edmonton, a very devout hockey city, but says basketball there is on the upswing... Never played ice hockey, but did compete in badminton, volleyball and various track & field events... Enjoys mountain biking and chess, which he learned from his grandfather.