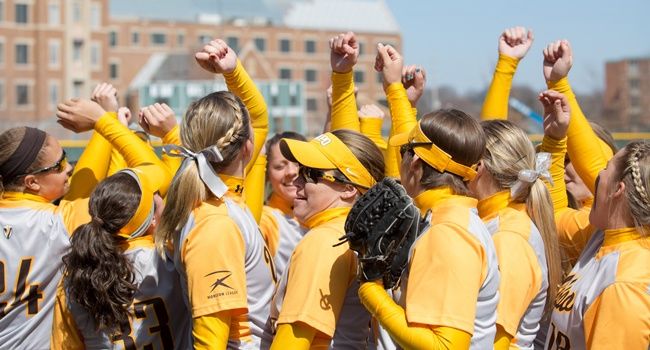 The Valparaiso softball team will be the third seed for this week’s Horizon League Championship and will open tournament play at 10 a.m. CT Wednesday morning against sixth-seeded UIC from Dayton, Ohio.  The Crusaders are in search of their third consecutive league title.

The Crusaders finished league play with an 11-8 mark, tied with Youngstown State for third place, but earned the third seed based on tiebreakers.  Green Bay earned the top seed with an 11-5 record, but was unable to host at its facility, leaving hosting duties to second-seeded Wright State.  Cleveland State rounds out the tournament field as the fifth seed.

With a win against UIC in the opener Wednesday morning, Valpo would advance to play Wright State in the double-elimination bracket at 3 p.m. CT later Wednesday afternoon.  The tournament runs through Saturday afternoon, with the champion earning the Horizon League’s automatic berth to the 2014 NCAA Tournament.