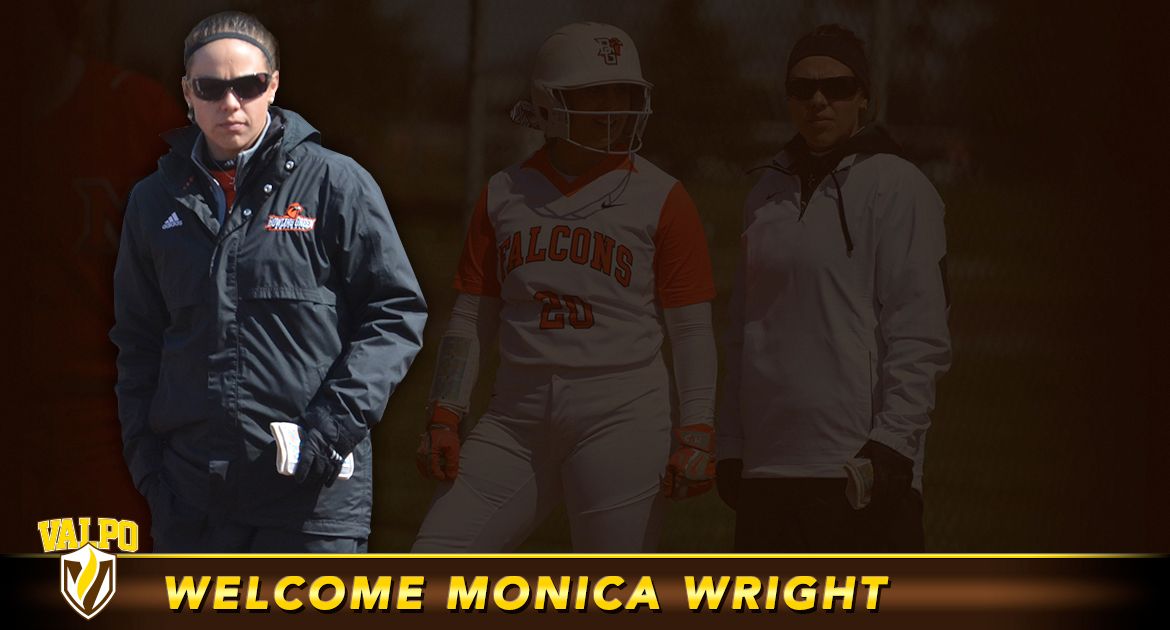 Valparaiso softball head coach Kate Stake announced today the addition of Monica Wright to the Crusader coaching staff as an assistant coach, directly responsible for working with the program’s pitchers. Wright comes to Valpo from Bowling Green, where she spent the last four seasons guiding the Falcons’ pitchers.

“I am thrilled for this program to be adding Monica to our staff - she is an experienced, hardworking coach who has demonstrated her ability to get outstanding performances from her pitching staffs over the past several years,” said Stake. “We have a group of talented pitchers on this team, and I’m confident Monica is the person to bring out the very best in each of them. Moreover, she is a person of solid character. She understands and embraces servant-leadership, and there is no doubt all our players will benefit on and off the field from the relationships they’ll build with her.  I can’t wait for her to make the move to Valpo and get started with our team once the school year rolls back around.”

“I would like to express my gratitude to associate director of athletics Stephen Anthony and Coach Stake for allowing me the opportunity to become a part of the Crusader family,” said Wright. “I have great respect for Coach Stake and her vision, and I am looking forward to what I know will be a very rewarding coaching position.”

“Monica has always had an amazing work ethic - she is a true student of the game,” said Michelle Gardner, who coached Wright in her final two seasons at Indiana. “I feel she has a great understanding of the game and the ability to get the best from her pitching staff, as well as all of those around her.”