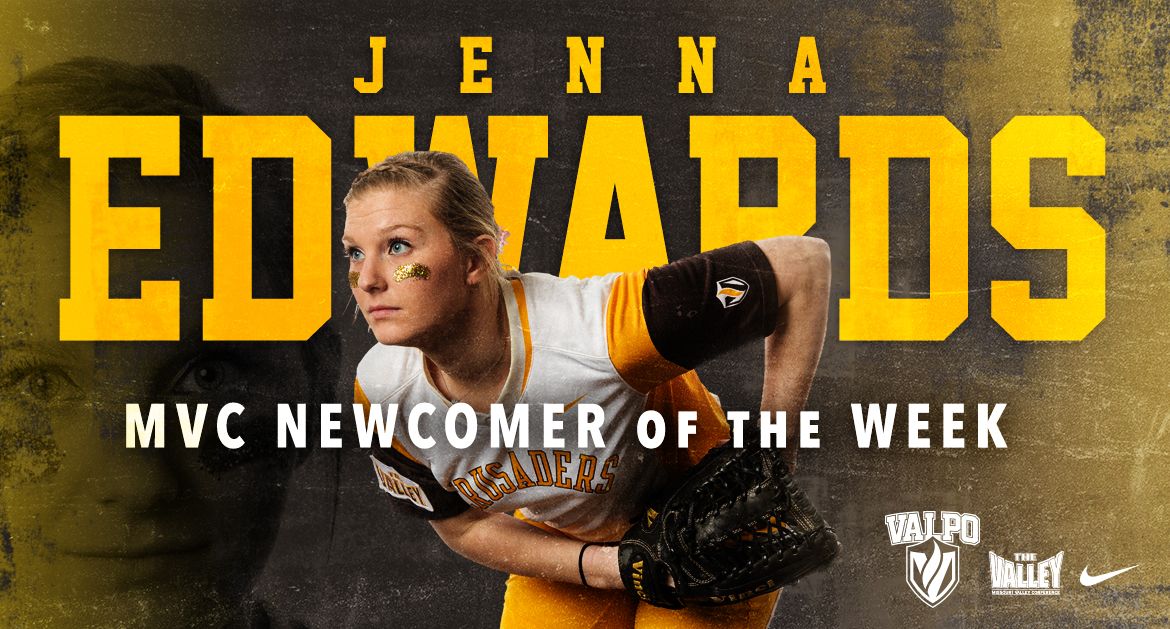 Valpo Softball junior pitcher Jenna Edwards (Winchester, Ky./George Rogers Clark [Chattanooga State C.C.]) has been named the final Missouri Valley Conference Newcomer of the Week of the 2019 regular season after two of her best performances of the season in the circle last weekend against Illinois State.

Edwards got the start in the circle in the series opener against the Redbirds, who entered the final series of the year averaging nearly six runs/game in conference play, and tossed a gem. The junior surrendered just one run on three hits while striking out 10 Redbird batters. Edwards matched her season high for strikeouts, and also tied her season low for hits allowed in a start.

Edwards then started the series finale and was nearly as strong to close out the regular season, giving up one run while scattering six hits and striking out seven. For the week, she posted a 1.00 ERA in 14 innings of work, striking out 17 batters and allowing Illinois State to hit just .180 off of her.