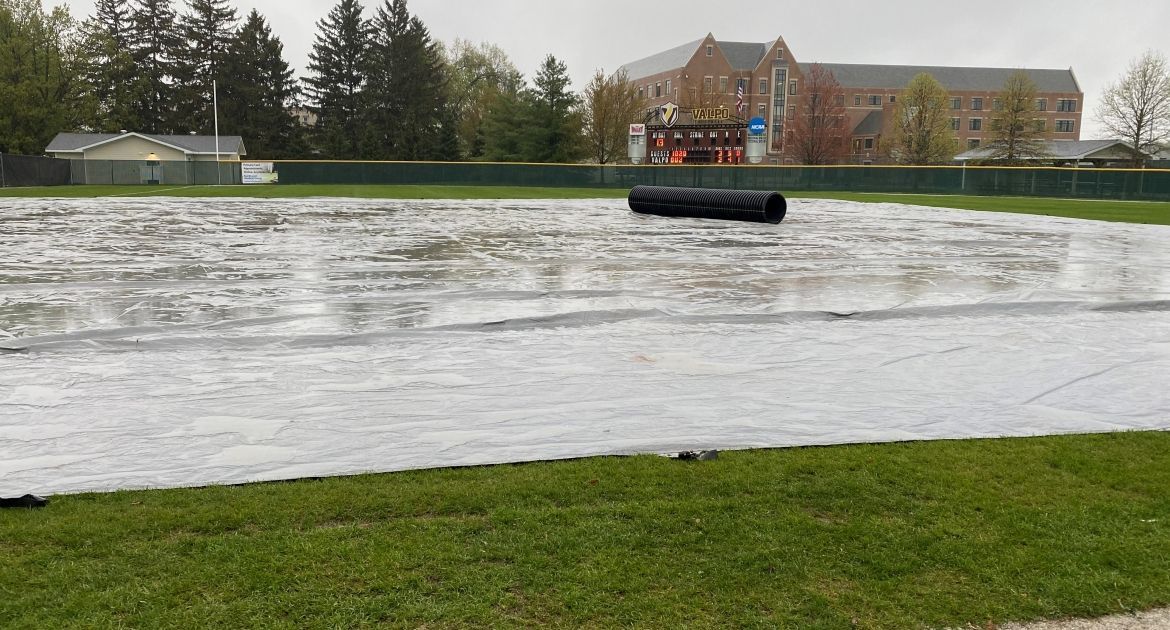 The Valpo softball team led visiting Loyola, 3-2, through three and a half innings of the opening game of Wednesday’s doubleheader at the Valpo Softball Complex before storms reached campus, forcing the cancelation of the entire twinbill. The games will not be made up.

Batting as the visiting team since the opener was originally scheduled to be played at Loyola, Valpo jumped out on top in its first time at the plate as junior Kate Beckemeyer (Forsyth, Ill./Maroa-Forsyth [Parkland]) singled with one out and eventually scored on the back end of a double steal.

In the top of the third, junior Peyton Moeder (Shawnee, Kan./Mill Valley) led off with a walk and fellow junior Jaina Westphal (Waterford, Wis./Burlington) drilled the first pitch she saw to the left-center gap for an RBI triple. Senior Addi Burke (Mesquite, Texas/John Horn) then knocked a run-scoring single back through the circle to make it 3-0, before the Ramblers made it 3-2 in their half of the third on a two-run homer. With Valpo set to take the field for the bottom of the fourth, nearby lightning and impending rain forced the stoppage of play and the game did not resume.

Valpo returns to action this weekend with its final road series of the regular season, trekking to Carbondale, Ill. for a three-game series at Southern Illinois. First pitch of the opener of Saturday’s doubleheader is slated for 2 p.m.