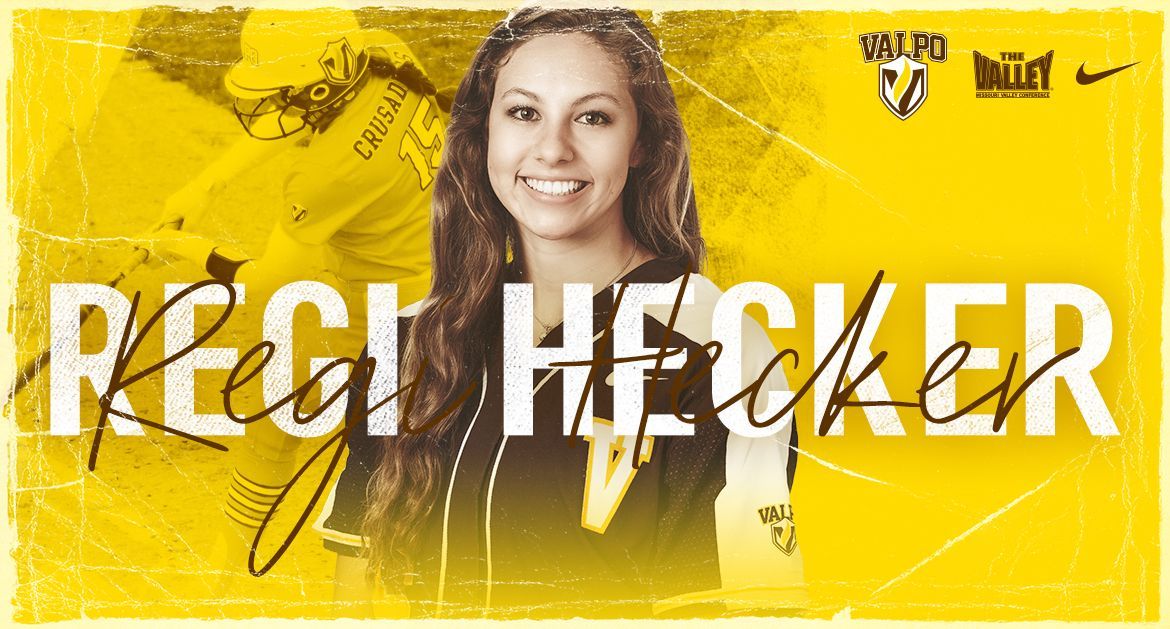 Hecker’s first career at-bat in the conference tournament was a second-inning single against Indiana State, keeping the line moving as Valpo would eventually take the lead later in the frame. The freshman then reached via error in the fourth inning.

The big blow from Hecker came in the sixth inning, as with one runner on and two out, the freshman lifted a homer over the wall in center field to bring Valpo back to within three runs. The round-tripper was the first of Hecker’s collegiate career.

Hecker finished the contest against the Sycamores 2-for-3 with a run scored and two RBIs and caught a pair of fly balls in right field as well. The multi-hit game was the third of Hecker’s freshman season, while it was the first time in the Brown and Gold that she drove in multiple runs in a game.