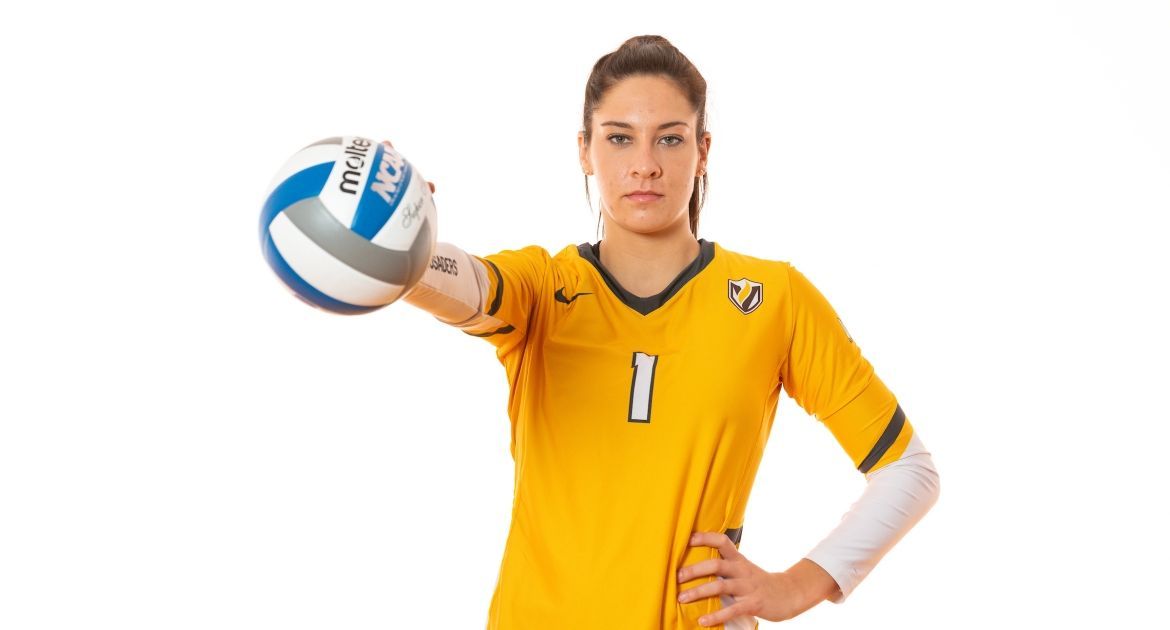 This Week in Valpo Volleyball: Valpo returns home to the ARC this weekend for its lone home matches in a nine-match stretch, welcoming Southern Illinois to town on Sunday afternoon at 3 p.m. and Monday afternoon at 4 p.m.

Previously: Valpo made the longest road trip within MVC play last weekend, trekking to Missouri State for a pair of matches, but was unable to leave Springfield with a win as the Bears earned a 3-1 win on Sunday and a 3-2 win on Monday in a pair of closely contested matches. Jaclyn Bulmahn led Valpo with 34 kills over the two matches, including a career-best 19 on Sunday, while Rylee Cookerly led all players in digs in both contests and averaged 5.89 digs/set.

Looking Ahead: Following the SIU series, Valpo will play five consecutive matches on the road, including three in a five-day span. The Brown and Gold will step out of conference play for just the second time this year on Thursday, Feb. 18 at Notre Dame and then return to MVC action at Illinois State Feb. 21-22.

Following the Action: Both of these weekend’s matches will be broadcast live on ESPN3. Links for the live video, as well as live stats, will be available via ValpoAthletics.com.

Head Coach Carin Avery: In her 19th season as head coach at Valparaiso, Carin Avery has won 414 matches (414-201, .673) at the helm of the Brown and Gold and has led Valpo to three league regular season and tournament titles, as well as three NCAA Tournament appearances. A two-time league Coach of the Year, Avery has coached 61 All-League recipients over her tenure at Valpo. She is Valpo’s all-time leader in both victories and winning percentage, and owns a 469-225 (.676) record overall as a head coach.

Series History: Valpo owns a slight 5-4 advantage in the all-time series with SIU, but has enjoyed a 5-1 edge in the series since joining the MVC. Last season, the Brown and Gold earned a three-set sweep at the ARC before rallying for a 3-2 victory in Carbondale. Peyton McCarthy dominated the Salukis in both matches, hitting .632 with a match-best 12 kills in the home sweep and going for 25 kills on .512 hitting in the road victory.

Scouting the Opposition: Southern Illinois enters the ARC with a 1-5 record and has dropped both ends of conference series to Missouri State and Loyola so far. The Salukis have four different hitters who have tallied between 44 and 52 kills so far, with Savannah Sheridan posting a team-best 2.33 kills/set. In the back row, Katy Kluge is averaging 5.46 digs/set.

Digging Deep: Valpo continued its long tradition of strong back row play in 2019, finishing the year ranked ninth nationally in total digs and 26th in digs/set. The Brown and Gold have ranked among the top-30 nationally in digs/set in each of the last 10 seasons, including leading the nation with 20.03 digs/set in 2017 to go along with a fourth-place rank in 2010 and a sixth-place finish in 2015. 2018 saw Valpo lead the nation in a digs category as well, as it posted 2,613 total digs - a mark which not only ranked first nationally for total digs, but also set a program single-season record and a Division I record in the 25-point era. Through its first four matches, Valpo is 20th nationally with 18.24 digs/set.

Back-to-Back Big Matches for Bulmahn: Senior outside Jaclyn Bulmahn entered last weekend with a career high of 15 kills in her first three-plus seasons, but met or surpassed that mark in both matches against the Bears. On Sunday, Bulmahn smashed her previous career high by posting 19 kills on a match-high .400 hitting. Then, on Monday, Bulmahn tallied 15 more kills to lead Valpo while hitting at a .308 clip. Over the two matches, the senior averaged 3.78 kills/set and hit .357. She currently leads Valpo in both kills (2.84/set) and hitting percentage (.268), ranking sixth in the MVC in the latter category.

Setting Things Up: 26 of Bulmahn’s 34 kills last weekend were assisted by her sister, freshman setter Victoria Bulmahn, as the younger Bulmahn continued the strong start to her collegiate career. Victoria Bulmahn, who was named MVC Freshman of the Week Feb. 2, has now posted 50+ assists in each of Valpo’s last three matches. Last weekend saw Bulmahn notch 52 assists and a season-high 18 digs on Sunday at MSU, followed by a season-best 56 assists to go with 15 digs on Monday. Over the two matches, Bulmahn averaged an even 12.00 assists/set as Valpo finished with 14.33 kills/set over the two matches against the Bears - nearly a full kill/set more than MSU - and added 3.67 digs/set as well. While it’s early, she currently ranks seventh nationally with 11.75 assists/set - only one player in the 25-point era at Valpo has averaged more than 11 assists/set.

Cookerly Continues to Climb: Senior libero Rylee Cookerly again led all players in digs in both matches in the Missouri State series and has now done so in four straight matches. She posted a match-high 25 digs in the opener on Sunday and followed with 28 digs in Monday’s contest. Cookerly, who averaged 5.89 digs/set over the two matches, moved into eighth in MVC history in career digs late in Monday’s match. She currently owns 2,204 career digs, just 39 away from sixth-most in conference history and just 45 shy of third place in the Valpo record books. Cookerly ranks 28th among D-I players with her average of 5.33 digs/set this year, while she leads all active D-I players in career digs by 348 digs.

Hart Adds Offensive Threat: Junior middle Haley Hart has been a blocking machine throughout her career - she ranked third in the MVC last year in blocks/set (1.03) and tallied 0.80 blocks/set in half-time action as a freshman. That has continued this year, as she currently owns a team-best 1.28 blocks/set, but she has added expanded offensive production to her game as well. In the four matches setter Victoria Bulmahn has been available, Hart has averaged 2.77 kills/set on .300 hitting out of the middle. She has been in double figures in kills in three straight matches - including both contests last week against Missouri State - after reaching 10+ kills just seven times in her first two seasons.