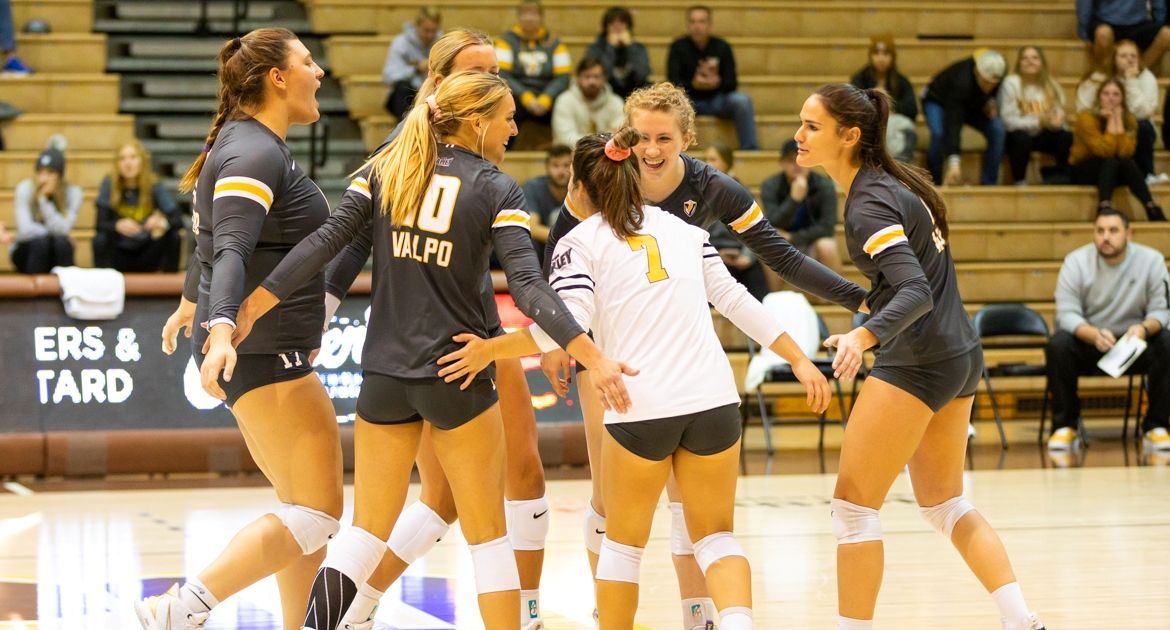 In stark contrast to the previous night’s match at the ARC, the Valpo volleyball team comfortably controlled most of Saturday evening’s MVC match against Southern Illinois, taking down the Salukis in straight sets (25-18, 25-16, 25-19) to close out a perfect weekend at home.

Valpo (15-6, 6-4 MVC) matches up with its fellow Indiana-based programs for the second time in conference play next weekend, starting with a Friday night match at Evansville. The 6 p.m. first serve can be seen live on ESPN3.