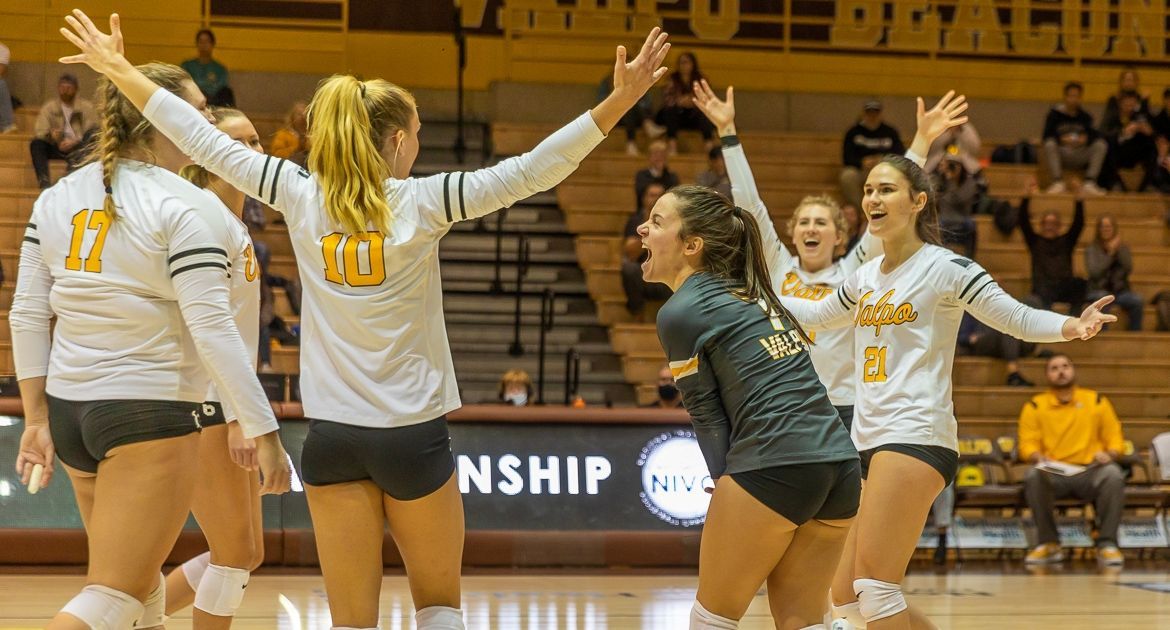 The date and opponent might have changed, but the rocking venue and the result sure didn’t. The Valpo volleyball team continued its run through the 2021 National Invitational Volleyball Championship in front of its ardent fanbase at the ARC on Monday evening with a dominant 3-0 (25-17, 25-13, 25-17) sweep of Evansville. The victory gives Valpo the most postseason wins in a season in program history and sends the Beacons into a semifinal later this week, with date, location and opponent to be determined.

Valpo (25-9) will await the result of Wednesday’s UConn-North Florida quarterfinal on its side of the bracket to find out date, location and opponent for its next match.