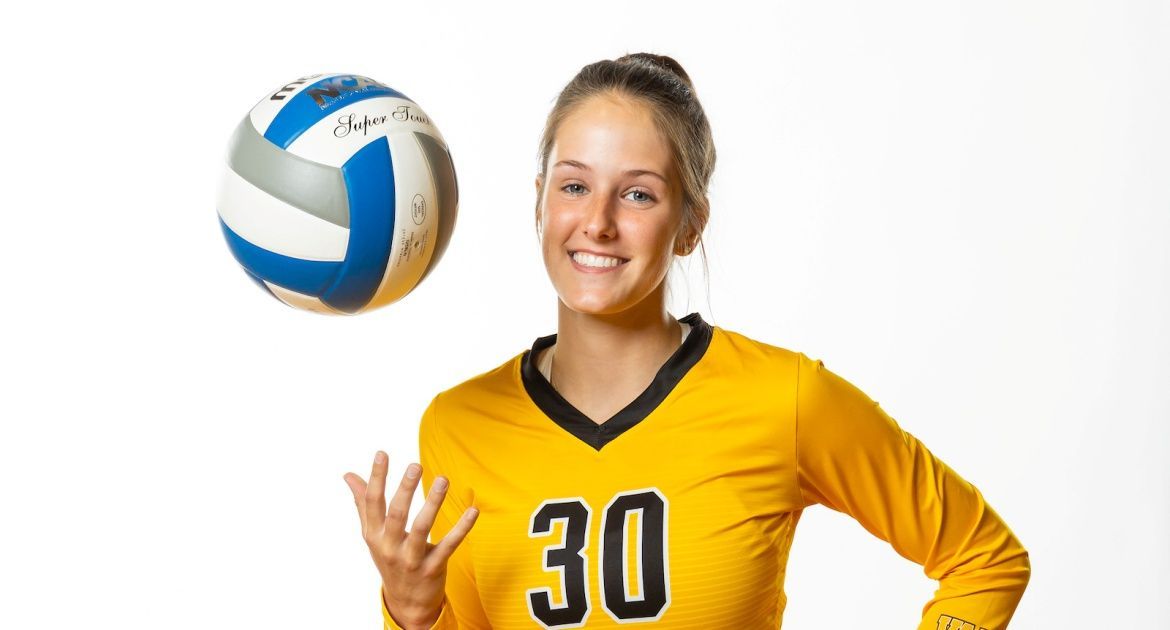 Next Up For Valpo Volleyball: A busy stretch to open conference play for the Valpo volleyball team continues with a pair of road matches this weekend, as the Beacons play at Illinois State on Friday night and at Bradley on Saturday evening. Once the weekend is complete, Valpo will have played its first five MVC matches in a nine-day stretch.

Previously: Valpo went 1-2 on the opening weekend of MVC play, starting with a tough five-set defeat against UNI last Friday - a match in which the Beacons had a match point opportunity. Valpo bounced back Saturday with a five-set win over Drake before falling at UIC on Monday night.

Looking Ahead: Valpo returns home to the ARC next weekend to host the other two Valley newcomers, welcoming Murray State to town Oct. 7 and Belmont Oct. 8.

Following the Beacons: Both matches this weekend will be broadcast live on ESPN3. In addition, both matches will have live stats available via ValpoAthletics.com.

Head Coach Carin Avery: In her 21st season as head coach at Valparaiso, Carin Avery has won 462 matches (462-219, .678) at the helm of the program and has led Valpo to three league regular season and tournament titles. The program has made five postseason appearances under Avery, including three NCAA Tournament appearances, and advanced to the championship match of the 2021 NIVC. A two-time league Coach of the Year, Avery has coached 58 All-League recipients over her tenure at Valpo, which has spanned three different conferences. She is Valpo’s all-time leader in both victories and winning percentage, and owns a 517-243 (.680) record overall as a head coach.

Series History: Illinois State - The Redbirds own a 12-3 advantage in the all-time series over Valpo and have won 10 of 11 matches since the Beacons joined the MVC. Last season, Illinois State earned a five-set win in Normal and a four-set win in Valparaiso.

Bradley - A pretty even series, Valpo holds a slim 13-12 advantage over the Braves, including a 6-5 mark since joining the MVC. Last season, the sides split a pair of four-set matches, each of them winning on their home floor.

Scouting the Opposition: Illinois State - Preseason favorites to win the MVC, the Redbirds enter Friday's match at 8-5 overall and are 1-1 in Valley play after falling to Evansville and beating Indiana State on the opening weekend of action. Kaitlyn Prondzinski leads the ISU offense, hitting .290 with 3.00 kills/set, while in the back row, Kaity Weimerskirch averages 4.08 digs/set.

Bradley - The Braves enter the weekend with a 4-10 overall record and fell in four sets both at Evansville and at Indiana State to open conference play last weekend. Kendall Minta ranks fourth in the MVC with a team-high 1.10 blocks/set.

Valpo Picked Fifth in Preseason Poll: The Beacons have been picked to finish in fifth place in the MVC standings in 2022 in preseason polling of the conference's head coaches. Valpo garnered 95 points in the polling, including one first-place vote, to rank fifth in a tight bunch in the middle of the pack. Valpo was just four points behind Bradley in fourth position, but on the other side, was just one point ahead of UNI in sixth place. Notably, Valpo has outperformed its preseason projection in each of its first five seasons in the Valley.
Illinois State received five first-place votes and totaled 134 points to lead the poll ahead of Evansville (121 points, two first-place votes). UIC (3) and UNI (1) also picked up at least one first-place nod.

Looking Back at Last Season: Valpo enjoyed one of the top seasons in program history last year, finishing the campaign with a 26-10 record. The Beacons posted a 12-6 record in MVC action to finish tied for third place in the regular season standings - the program's best record in conference play and best finish since joining the Valley. Valpo then earned a berth in the NIVC and swept each of its first four matches to advance to the tournament championship match. Haley Hart was a First Team All-MVC recipient, while Peyton McCarthy and Rylee Cookerly each earned Second Team All-MVC honors. Cookerly also became the first student-athlete in program history to be named a CoSIDA First Team Academic All-American.

Best Start: With the five-set win over UIW to open up the Roadrunner Classic, Valpo improved to 10-0 on the season, breaking a tie with the 2015 squad for the most consecutive wins to start a season in program history. The Beacons went on to start 12-0, and despite taking two losses in their last three matches, this year's team posted the second-best record by a team in program history before suffering its second loss - the 2014 team was 14-1 before taking its second loss. This year's squad enjoyed the best start to a season by any current MVC program since Drake opened the 2010 campaign with 14 consecutive victories.

The Winning Streak: Of course, the 12-0 start means that Valpo opened the season with 12 consecutive victories. This winning streak is one of six double-digit winning streaks in program history and stands alone as the fourth-longest all-time at Valpo. The 2004 team holds the program record with 14 consecutive wins, while the 2008 and 2014 squads both had streaks of 13 straight wins.

Players of the Week: Junior middle Mallory Januski was named MVC Player of the Week following her MVP performance at the Roadrunner Classic, making her Valpo's third weekly award winner in 2022. Senior Bella Ravotto was named the MVC Defensive Player of the Week on Sept. 12 following her performance over Valpo's three wins at the Akron Invitational, while freshman freshman libero Emma Hickey picked up the defensive weekly honor following the opening weekend of action as she helped Valpo win the Youngstown Invitational. In its sixth season as an MVC school, Valpo has earned 24 weekly conference honors.

Reaching 1000: While Bella Ravotto has picked up an All-Tournament Team honor and a MVC Defensive Player of the Week award already this season, she also found herself moving past a milestone during the early portion of the campaign. With her 27th dig of the win at Cleveland State Sept. 10, the senior reached the 1,000-dig mark for her career. Ravotto is the 23rd player in Valpo volleyball history to reach four figures in digs.

Digging Deep: Valpo continued its long tradition of strong back row play last fall, finishing 15th nationally and leading the MVC with 17.13 digs/set. The program has ranked among the top-30 nationally in digs/set in each of the last 11 seasons, highlighted by the 2017 campaign in which it led the nation with 20.03 digs/set. Other top finishes include third nationally in the spring 2021 season (20.37/set), a fourth-place rank in 2010 and a sixth-place finish in 2015. Since the move to 25-point scoring, only seven teams have averaged more than 20 digs/set over the course of a season, and Valpo is the only program to have done it twice. 2018 saw Valpo lead the nation with 2,613 total digs - a mark which set a program single-season record and a Division I record in the 25-point era. It's been more of the same so far this year, as the Beacons are ranked 18th nationally with 16.42 digs/set.

Consistency From Hickey: A big part of Valpo's strength in the back row has been its run of standout liberos, and freshman Emma Hickey has slotted right into that role this season and maintained the prolificacy. Through five weekends of action, Hickey ranks 13th nationally, averaging 5.24 digs/set, and it's been a steady run of performances for the rookie so far. Hickey has tallied double-figure digs in 13 of Valpo's 15 matches, including 10 matches with at least 20 digs.

So Much Balance: It just goes to show how deep this year's Valpo team is that, despite ranking in the top-50 nationally in kills/set, you have to scroll all the way down to 24th place within the Valley to find the Beacons' top producer of kills so far this season - Kara Cooper, with 116 kills. There is just a spread of 12 kills between her and the fifth-highest Beacon in the category, as Cooper, Bella Ravotto, Mallory Januski, Maddy Boyer and Elise Swistek all have between 104 and 116 kills. That balance has shown from match to match as well, as eight different players have led the team in kills in at least one match, and Bella Ravotto's four team-high performances are the most of any Beacon.

Leaving a Strong Legacy: Valpo graduated five seniors from last year's squad, a group which was integral in the program's transition into the Missouri Valley Conference and made a pair of postseason appearances. The group of Brittany Anderson, Rylee Cookerly, Gabby Daniels, Haley Hart and Peyton McCarthy combined for eight All-Conference honors and led the Beacons to the championship match of the NIVC in their final season at Valpo. They enjoyed numerous individual accolades as well, highlighted by Cookerly - the two-time MVC Libero of the Year finished her collegiate career as the Valpo and the MVC career record holder in digs and ranks second in NCAA D-I history. McCarthy ranks second all-time at Valpo in blocks and eighth in kills - the only player in the top-eight in both categories - while Anderson is third in program history in career assists and Hart sixth in career hitting percentage.

Who's Back: Despite the loss of such a talented group, the Beacons do return plenty of experience, as 10 letterwinners from last year's squad are back in 2022. One spot Valpo returns plenty of experience is on the pins. Outside hitters Bella Ravotto and Elise Swistek and right sides Maddy Boyer and Kara Cooper were all starters throughout MVC play and in the NIVC last season. In addition, outside hitter Jillie Grant and Gretchen Kuckkan were starters during the non-conference portion of the schedule before suffering injuries right around the start of MVC action. While Valpo loses Cookerly out of the back row, the Beacons still enter 2022 with a strong back line. Ravotto averaged over three digs per set last year, is nearing 1,000 digs for her career and was MVC Defensive Player of the Week during the spring 2021 season when filling in for a weekend at libero. In addition, Swistek averaged over three digs per set as a rookie last season as well. Meanwhile, at setter, Victoria Bulmahn split time setting with Anderson in a 6-2 last season after earning MVC Freshman of the Year accolades for the spring 2021 season setting full time in a 5-1.

Who's New: The roster is rounded out by seven newcomers to the active roster. Setter Addy Kois and hitter Sam Warren both redshirted last fall in their first season at Valpo. The Beacons welcome a pair of transfer middles to the squad - senior Miranda Strongman (LIU) and junior Olivia Blackketter (Winthrop). Three freshmen round out the newcomers, highlighted by Emma Hickey - the first AVCA High School All-American to sign with Valpo in program history. Outside Sophia Foster and middle Claire Campbell enter their first collegiate season as well.

Conference Honorees: While Victoria Bulmahn was named MVC Freshman of the Year during the spring 2021 campaign and transfer Miranda Strongman was a Second Team All-NEC choice that same season, this year's roster features zero players who have earned First or Second Team All-Conference accolades in the Valpo uniform. The last time Valpo entered a season with no players who had been named First or Second Team All-Conference at Valpo was the 2006 season - that year's team ended up featuring future Valpo Athletics Hall of Famer Angie Porché as a freshman.

Standards Maintained: Posting winning records and winning 20 matches in a season have been standards for the Valpo volleyball program under Coach Avery, and the 2021 team maintained those standards. The Beacons posted their 18th winning season in Avery’s 20 seasons at the helm and won at least 20 matches for the 16th time in the last 20 years. In addition, Valpo has finished in the top half of the MVC standings in each of its five seasons in the conference - a feat only matched by Illinois State - and has posted top-half conference finishes in 28 of the last 29 years.