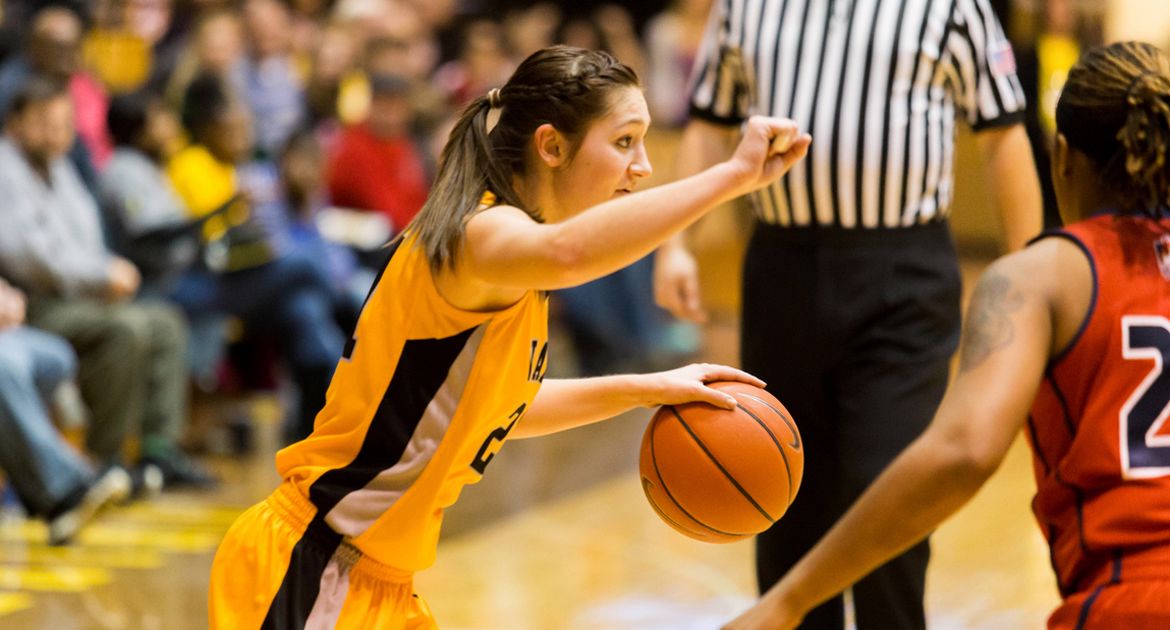 Next Up in Crusader Basketball: Valparaiso plays its first of four home games in the month of February this Thursday evening at 7:05 pm. Led by senior Ashley Green (20.0 PPG, 7.8 RPG), Milwaukee is currently occupied in a four-team logjam for fourth place in the Horizon League.

Last Time Out: Jessica Carr’s buzzer-beater from halfcourt gave Valpo a 42-40 lead at the break, but Wright State responded with a 26-3 second-half run in a 95-66 Raider victory at the Nutter Center last Saturday. Dani Franklin tallied her second 20-point outing in as many games while Sharon Karungi secured her first double-double since March 1st, 2014. Tay’ler Mingo was one of three Raiders with double-doubles as her 27 points and 11 assists led all players. Symone Denham (11 pts, 10 rebs) and Breanna Stucke (15 pts, 12 rebs) also helped Wright State to its 18th win of the season.

Head Coach Tracey Dorow: Tracey Dorow (22-62) is in her third season at the helm of the Valparaiso women’s basketball program in 2014-15. She collected her 250th career victory on November 14th, 2014 after a 91-57 walloping of Butler. In her first season, Dorow led the Crusaders to eleven victories overall, including five in Horizon League play. Dorow arrived in Valparaiso after 14 seasons at Ferris State. She compiled a 232-163 record while with the Bulldogs. Furthermore, Ferris State posted the #1 grade point average in all of Division II for the 1999-2000 women’s basketball season as well as the #2 ranking in 2002-03.

Series Notes: Milwaukee leads the all-time series 17-8. The Panthers have won three of the last four meetings dating back to February of 2013. Valpo is 4-8 all-time vs. UWM at the Athletics-Recreation Center. Milwaukee won the first matchup of the regular season series, 90-79, at the Klotsche Center on January 21st.

Storylines
- Valpo drained a season-high 13 three-pointers versus the Panthers at the Klotsche Center on Jan. 21st.
- For their careers, the Crusader roster is 28-for-32 (87.5%) free-throw shooters versus Milwaukee.
- Valparaiso has yet to play a game this season decided by fewer than six points. The Panthers have had four such contests.

@ValpoWBB
- @ValpoWBB closed out the 2013-14 slate with a 6-25 overall record, 3-13 in the Horizon League.
- @ValpoWBB was picked to finish eighth in the Horizon League in the 2014-15 Preseason Poll.
- Milwaukee is the only opponent in the last 13 games to shoot better than @ValpoWBB at the free-throw line.
- The 79 points recorded by @ValpoWBB in last month’s loss to Milwaukee is tied for the second-most scored by the Crusaders this season versus a D-I opponent.

@MKEWBB
- @MKEWBB enters at 8-13 overall, 4-5 in Horizon League play.
- @MKEWBB is 3-9 away from the Klotsche Center.
- Like @ValpoWBB, @MKEWBB’s lone road win in HL play came at Calihan Hall.
- Nine different players have received starts for @MKEWBB.
- Opponents have shot a Horizon League-high 44.2% from the field versus @MKEWBB.
- @MKEWBB’s Ashley Green is second in the league, and 30th in the nation with her 20 points per game average.
- Green went off for 31 points on 12-of-23 shooting in addition to swiping five steals and grabbing nine rebounds in last month’s meeting versus Valpo.
- Kyle Rechlicz is in her third season as head coach of @MKEWBB.
- Rechlicz graduated from University of Wisconsin where she helped the Badgers to four postseason appearances.

Lexi Miller
- Amassed 19 assists her last four games.
- Has made a FG and doled out at least one assist in every game this season.
- Guided Valpo with 17 points on 4-of-5 shooting from three-point range at Northern Illinois (Nov. 20).