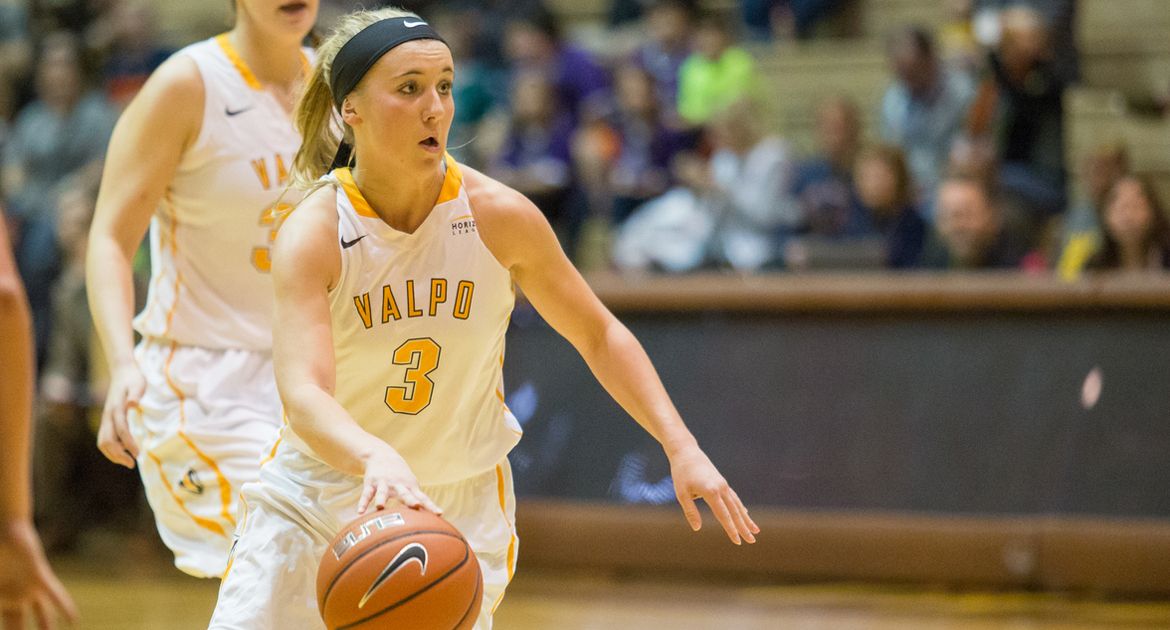 The Valpo women's basketball team held IU-Kokomo to 8-of-65 shooting (12.3%) as the Crusaders collected an 88-22 victory Monday evening at the Athletics-Recreation Center. The 22 points yielded broke the previous school record of 28 versus Youngstown State back in 2010.

The Cougars scored the first basket of the contest, but the Brown and Gold roared back with a 21-2 run. Valpo limited IU-Kokomo to 5-of-33 shooting in the first half while outrebounding the visitors, 33-17. The Crusaders parlayed a 20-4 points in the paint margin into a 48-12 halftime lead.

Valpo ended the first half on a 14-0 run only to open the second by scoring the first four points.

IU-Kokomo's Whitney Williamson ended the Crusader surge with a three-pointer - the Cougars only on the night - just ahead of the eight-minute mark. Williamson finished the tilt as one of IU-Kokomo's leading scorers.

The Brown and Gold's advantage expanded to 50 points by the conclusion of the third quarter. Lindfors tallied six of her career-high 15 points in the penultimate period.

Valpo's lockdown defense never wavered despite the lopsided score. The Crusaders limited the Cougars to 3-of-32 (9.4%) shooting over the final two quarters.

Walker and Schaub ended with 12 points, Hamlet registered 11, and Franklin reached double figures for the fourth consecutive contest with 10 points.

Lexi Miller (Caledonia, Mich./Caledonia) was 4-for-4 from the field for eight points in addition to four assists, a block, and a steal.

Lindfors' 15 points and 11 rebounds granted the freshman her second double-double in the past three games. She also blocked three shots, running her season tally to 25.

Valpo (4-7) will have the next nine days to prepare for Horizon League play. The Crusaders will make their first trip to the BB&T Arena in Highland Heights, Kentucky to take on the Northern Kentucky (8-3) Norse on Wednesday, December 30th at 6:00 pm CT. WVUR (95.1 FM, Valparaiso) and ESPN3 will carry the action live with live stats also available. Links are posted at ValpoAthletics.com.