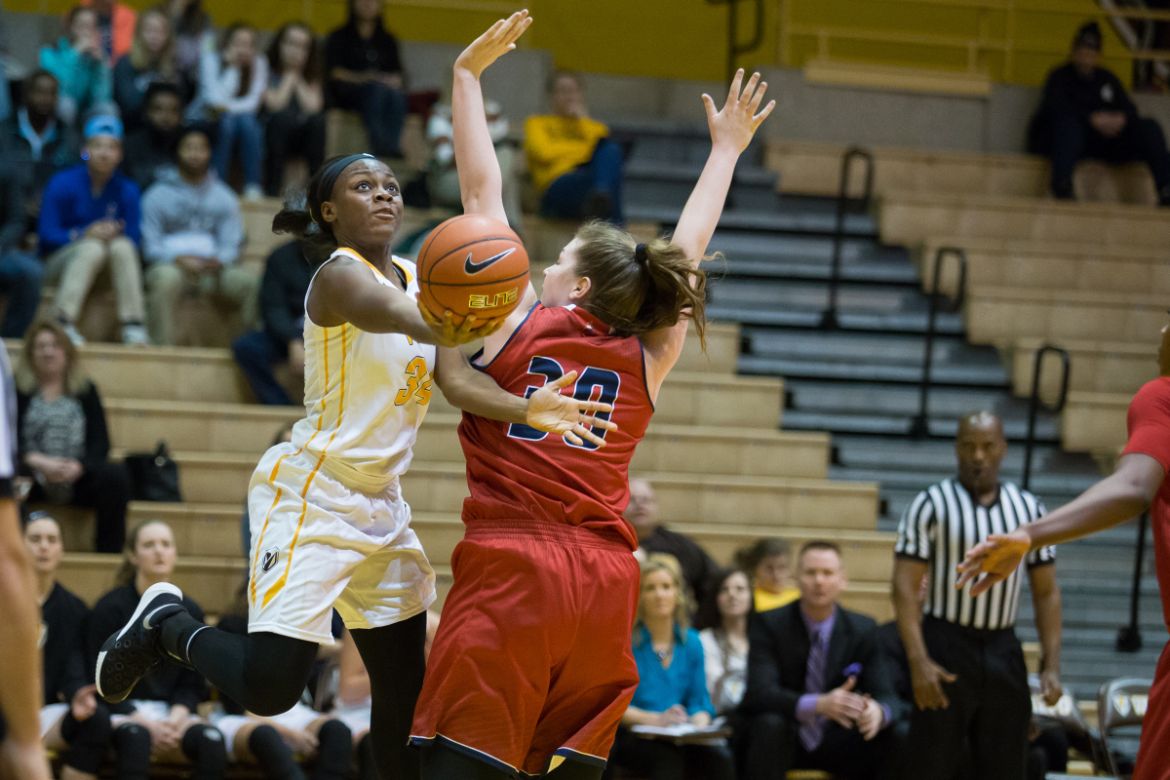 A 5:44 game-ending scoring drought cost the Valpo women's basketball team Saturday at the Athletics-Recreation Center. UIC held on for a 54-50 victory the Crusaders thanks in large part to a 42-31 rebounding advantage.

Jasmyn Walker (Muskegon, Mich./Mona Shores) finished a board shy of her third straight double-double with 11 points and nine rebounds. Classmate Dani Franklin (Cedar Rapids, Iowa/George Washington) pitched in 12 points, and freshman Amber Lindfors (Elk Grove Village, Ill./Elk Grove) rejected five shots to raise her season total to 39. Lindfors is now one block away from tying Deb Lahti for the seventh-most in a season.

Perimeter shooting betrayed the Crusaders in the opening half. Freshman Meredith Hamlet (McBain, Mich./McBain) nailed back-to-back treys towards the end of the first quarter, but Valpo misfired on its other 13 attempts from beyond the arc. Franklin joined Hamlet with six points at the break as the Crusaders trailed UIC, 32-25, at halftime.

Kendyl Nunn provided the Flames with a spark off the bench with 11 points while Ruvanna Campbell recorded nine points and five boards in the first half. UIC enjoyed a 21-14 edge on the boards at that juncture.

Freshman Hannah Schaub (Brooklyn Park, Minn./Park Center) sank a three-pointer on the Crusaders' opening possession of the second half, but the Flames built their lead back up to eight while the Brown and Gold endured a four-minute offensive malaise. The Crusaders trimmed the deficit to five on three different occasions in the third quarter, but were unable to make it a one-possession game until the final stanza.

Valpo drew it to 47-44 after a nice feed from Lexi Miller (Caledonia, Mich./Caledonia) resulted in a Lindfors' layup on the first possession of the fourth period. A Campbell lay-in was sandwiched between a pair of Franklin triples; the latter pushed the Brown and Gold to within one point at 51-50 with 5:44 to play. From there, Valpo's shooting went cold again. The Crusaders missed on their final seven tries from the field.

UIC parlayed 16 offensive rebounds into 12 second-chance points. The Crusaders limited the Flames to 18.8% (3-for-16) shooting from three-point range, but shot just 6-of-27 (22.2%) themselves. Campbell paired a game-high 20 points with ten rebounds. The redshirt senior logged all four of the Flames' steals. Nunn hashed out 15 points in 22 minutes.

Valpo (8-12, 4-5 Horizon) will return to the court Thursday evening versus Wright State (16-6, 6-3 Horizon). Tip is slated for 7:00 pm from the Athletics-Recreation Center. Links to the audio, video, and live stats will be available at ValpoAthletics.com.