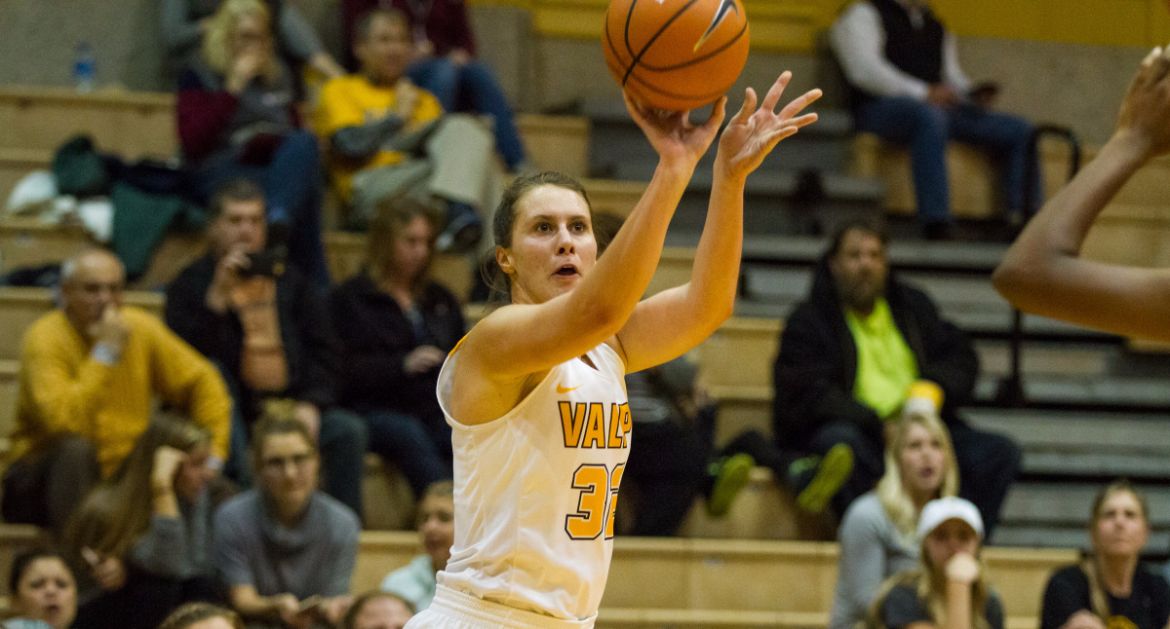 Led by one household name and one standout newcomer, the Valparaiso University women’s basketball team cruised to a season-opening 81-47 win over IU Kokomo at the Athletics-Recreation Center on Thursday night. Senior Dani Franklin (Cedar Rapids, Iowa / George Washington) did her thing – pouring in 26 points to lead all scorers – while freshman Bryce Blood (Toledo, Ohio / Whitmer) provided the game’s most significant storyline, registering a double-double of 13 points and 13 rebounds in her collegiate debut.

Thoughts on the Game: “I thought we came out really strong. We played extremely well in the second quarter. Dani was really good on the offensive end, and Bryce was really good on both ends. It was fun to see us play against somebody else and not just compete against ourselves.”

On Dani Franklin: “Her leadership is incredible. It brings confidence to every player to have her on the floor, regardless of her stats. She made a 3 early in the game, and was a big-time difference maker for us from that point forward.”

On Rebounding: “I thought we crashed the boards really well. We got our hands on a lot of balls on both ends. Bryce went after the boards extremely hard. She was under control when she got it, and then she either scored or kicked it out and got us another possession.”

On the Second Quarter: “We were really aggressive in trapping the ball screens and taking them out of everything they wanted to do. We got deflections and forced turnovers. We attacked the rim at the other end. I was really impressed that we were able to score 29 and hold them down.”

The Crusaders will hit the road for the first time this season for a Tuesday matinee at Miami (OH). The game tips off at 11 a.m. CT and can been seen on ESPN3 or heard on 95.1 FM WVUR with Ben Ariano and Brandon Vickrey on the call. Links to live video, audio and stats will be available on ValpoAthletics.com.