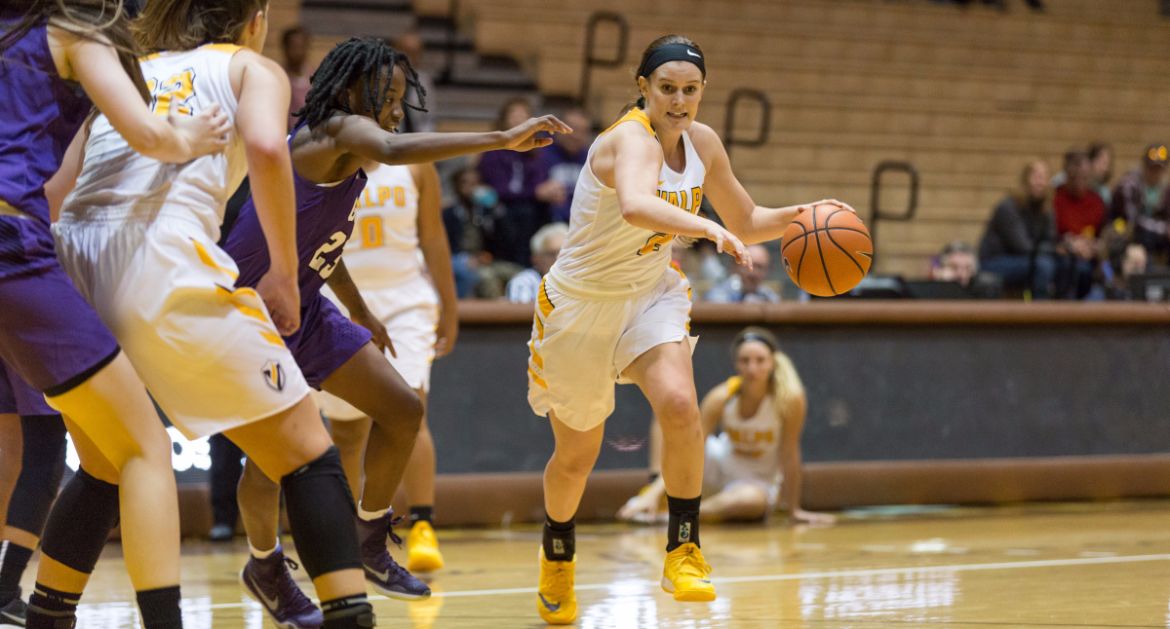 The Valparaiso University women’s basketball team limited turnovers, won the rebounding battle and received contributions from up and down the roster on its way to an 80-75 win over Grand Canyon on Saturday afternoon at the Athletics-Recreation Center. Three Crusaders finished in double figures and Caitlin Morrison (Glenview, Ill. / Glenbrook South) had five blocks – the last of which came on a 3-point attempt with seven seconds left in a three-point game to help nail down the victory.

On the Home Success: “All those Valpo fans play a big role; we love the people in the gym. We love the ARC; we get to practice here every day. We feel comfortable and confident and it’s a much easier place for us to shoot the ball. Our players are in the gym all the time getting extra shots up. More than anything, we love the people here and appreciate the support of our home fans.”

Importance of Limiting Turnovers: “It’s always huge. If we don’t get those possessions, we don’t have those opportunities to score points. We took care of it, we got those shots and we got to the free-throw line a ton and we have a lot of good free-throw shooters.

On Nicole Konieczny: “I thought Nicole did a tremendous job handling the pressure. They were up trying to jab at her and do things. She turned the corner, drew fouls and got herself to the free throw line and made plays.”

The Crusaders will play four straight games on the road beginning with Tuesday’s visit to Bowling Green. The game will be carried on ESPN3 and can also be heard on 95.1 FM Valparaiso with Payton Ball and Brandon Vickrey. The tip time is 6 p.m. CT from Bowling Green, Ohio.