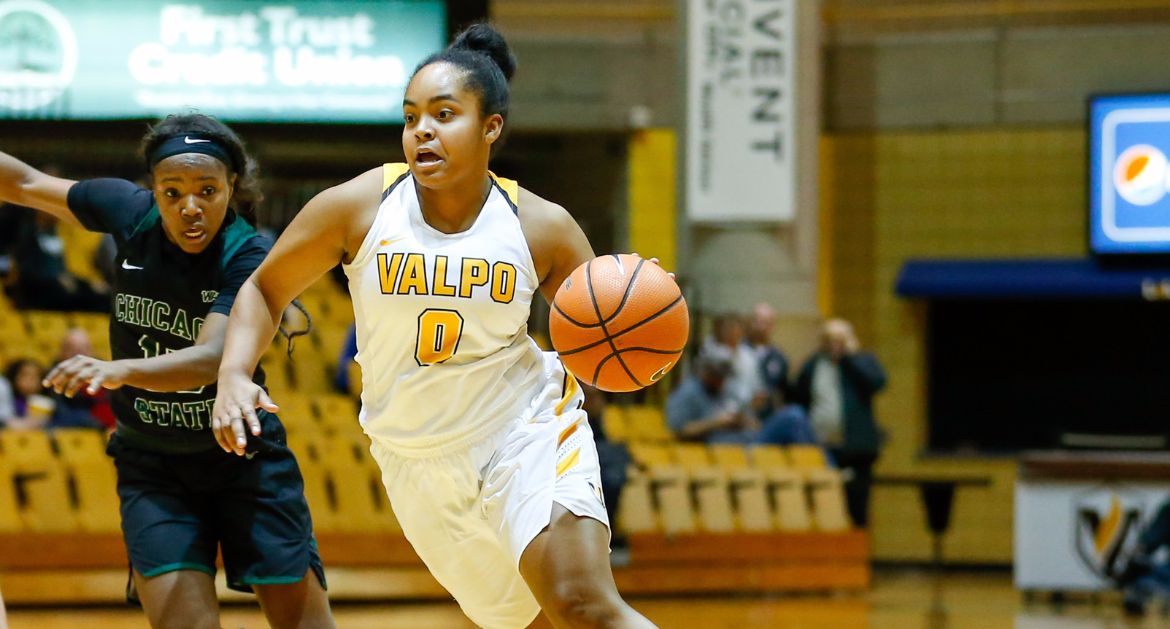 The Valparaiso University women’s basketball team fended off visiting Chicago State on Sunday afternoon at the Athletics-Recreation Center, utilizing strong second and fourth quarters to beat the Cougars 71-60. The Crusaders were led in both scoring and rebounding by senior Dani Franklin (Cedar Rapids, Iowa / George Washington), who posted a double-double of 23 points and 11 rebounds. Sophomore Maya Meredith (Indianapolis, Ind. / Cathedral) became a key scorer down the stretch, establishing a new career high with 12 points on 4-of-6 shooting.

After turning their attention to final exams this week, the Crusaders will be back at it on Friday night as they host Indiana University Northwest at the Athletics-Recreation Center. The tip is slated for 7 p.m. CT and the game can be seen on The Valley on ESPN3, heard on 95.1 FM WVUR or tracked via live stats. All the links you need to follow along are available on ValpoAthletics.com.