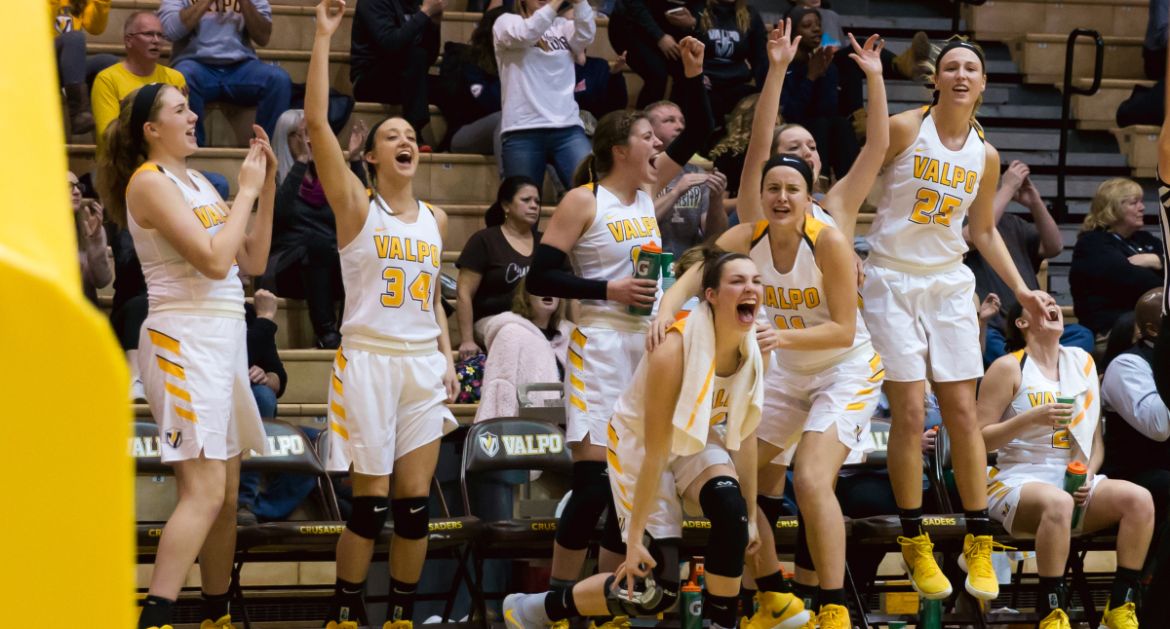 The Valparaiso University women’s basketball team seized the opportunity to garner its first Missouri Valley Conference victory on Friday night in the team’s first ever Valley home game, defeating Illinois State 56-50 at the Athletics-Recreation Center. The Crusaders locked down defensively, limiting the Redbirds below 25 percent shooting and just 9.1 percent (2-of-22) from 3-point distance.

On the First Valley Win: “It feels extremely good. I know all of our young ladies are pumped about getting that first Valley win. We did it the hard way; we didn’t shoot the ball very well overall, even though we did shoot well from the 3-point line and the free-throw line. It feels good to be back home and get back in the win column.”

On Being Able to Grind Out Wins: “It shows that we are growing in our mental toughness and trying to be more competitive and more determined to get the win down the stretch. Our defense shined in the fourth quarter. We subbed defense for offense and did a really good job of containing and contesting, which forced them to shoot over our hands. They didn’t get very many good looks late in the game. We did a good job of holding them off, and we went and pursued the ball well on the boards.”

The Crusaders will continue the three-game homestand on Sunday by welcoming Bradley to the Athletics-Recreation Center for the second straight season and the first time as a Missouri Valley Conference opponent. The tip is slated for 3 p.m. CT. Sunday’s game and every game for the remainder of the season can be seen on The Valley on ESPN3. Dave Huseman and Jamie Stangel will have Sunday’s ESPN3 call with Ben Ariano providing the radio play-by-play on 95.1 FM Valparaiso. Links to live video, audio and stats can be found on ValpoAthletics.com.