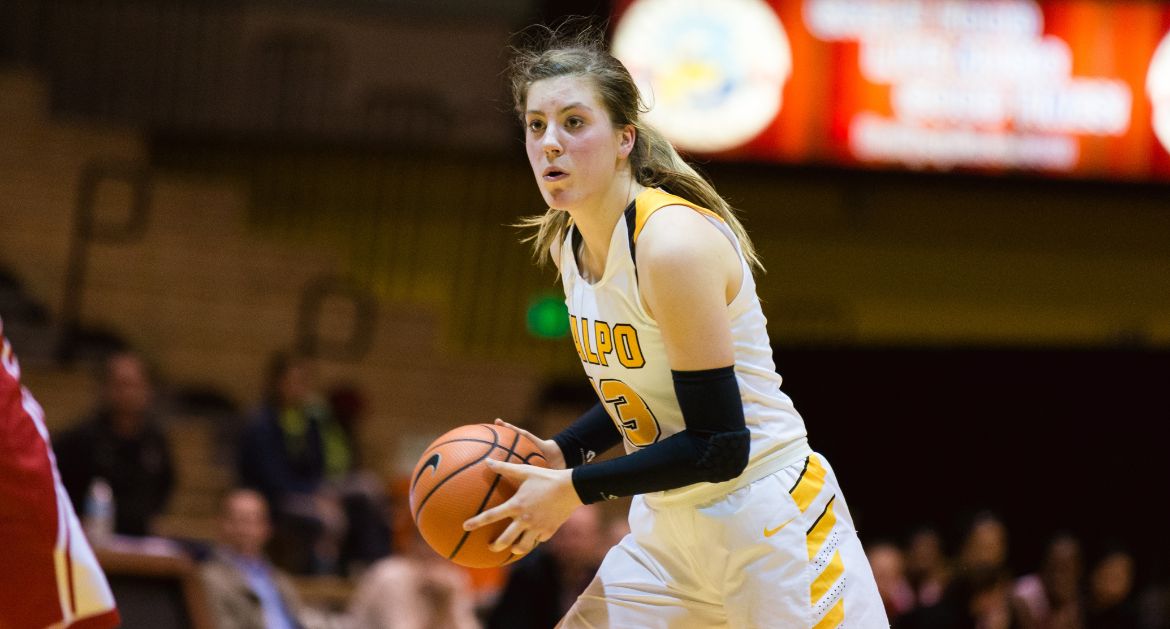 The Valparaiso University women’s basketball team outscored Missouri State 23-17 in the second quarter and trailed by just four at halftime, but the Bears went on a 24-0 run in the third on their way to an 83-60 win on Friday night at JQH Arena in Springfield, Mo. Dani Franklin (Cedar Rapids, Iowa / George Washington), Grace Hales (Cromwell, Ind. / Westview) and Nicole Konieczny (Granger, Ind. / South Bend St. Joseph) all scored in double figures for Valpo.

The Crusaders will continue the road swing on Sunday at 11:30 a.m. CT at Southern Illinois. The game can be seen on The Valley on ESPN3, heard on 95.1 FM Valparaiso with Ben Ariano and Brandon Vickrey on the call and followed via live stats. Coverage links are available on ValpoAthletics.com.