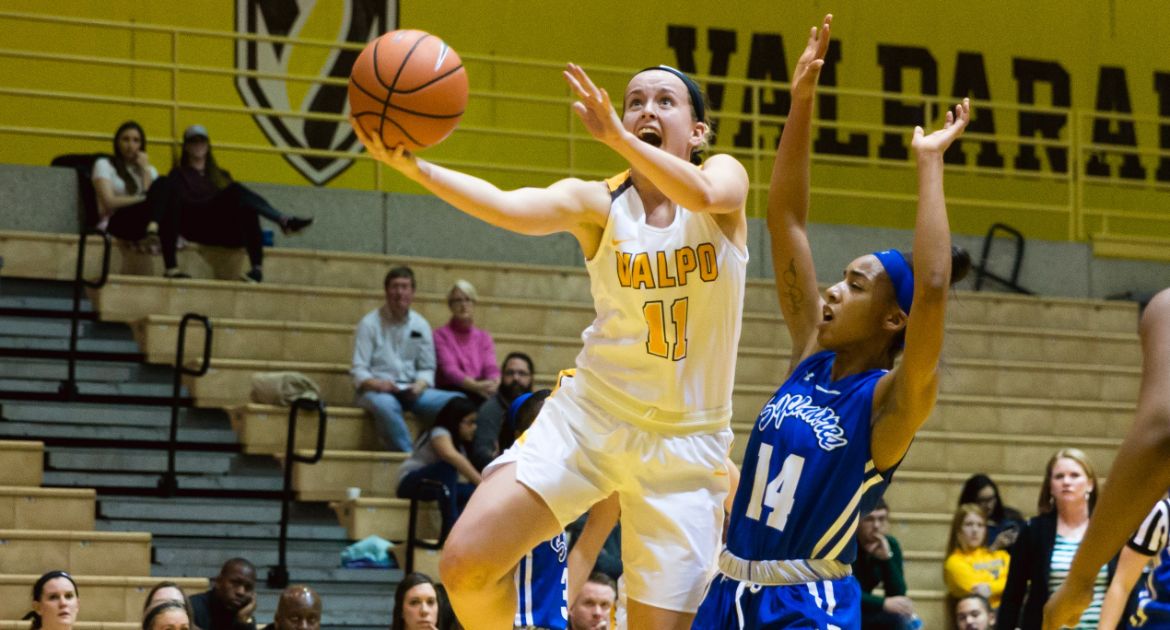 The Valparaiso University women’s basketball team fell 67-54 to Indiana State on Sunday afternoon at the Athletics-Recreation Center. Senior Dani Franklin (Cedar Rapids, Iowa / George Washington) squeezed a career-high 16 rebounds and finished with her second double-double of the year. Valpo battled back late, closing the game on an 11-0 run.

On the Shooting Performance: “We had a ton of great looks, and they didn’t go in. We had layups that rolled off the rim. It seemed like we couldn’t buy a basket for the longest time. In the fourth quarter, we did a strong job of rebounding and getting second-chance opportunities, and the shots started to go in.”

On Finishing with an 11-0 Run: “That comes back to our senior leadership. Georgi (Donchetz) did a great job leading the way and we played within ourselves down the stretch. We didn’t turn the ball over as many times late, and that allowed us the chance to get some points.”

On Franklin’s rebounding: “Dani pursued the ball hard. She held their players off the block well. She went up high and hard and ripped it away from people a few times. I was very pleased with Dani’s rebounding today.”

On Going Forward: “Working through a shooting slump is all about practicing in-game speed and making sure we enjoy each other and relax. This is a game. We have to remember that and get out there and have a little bit of fun.”

The Crusaders will hit the road this weekend for a Friday date with Bradley in Peoria, Ill. Valpo will attempt to avenge a loss to the Braves from earlier this season. The game can be seen on The Valley on ESPN3 and heard on 95.1 FM Valparaiso with Ben Ariano (play-by-play) and Brandon Vickrey (color commentary).