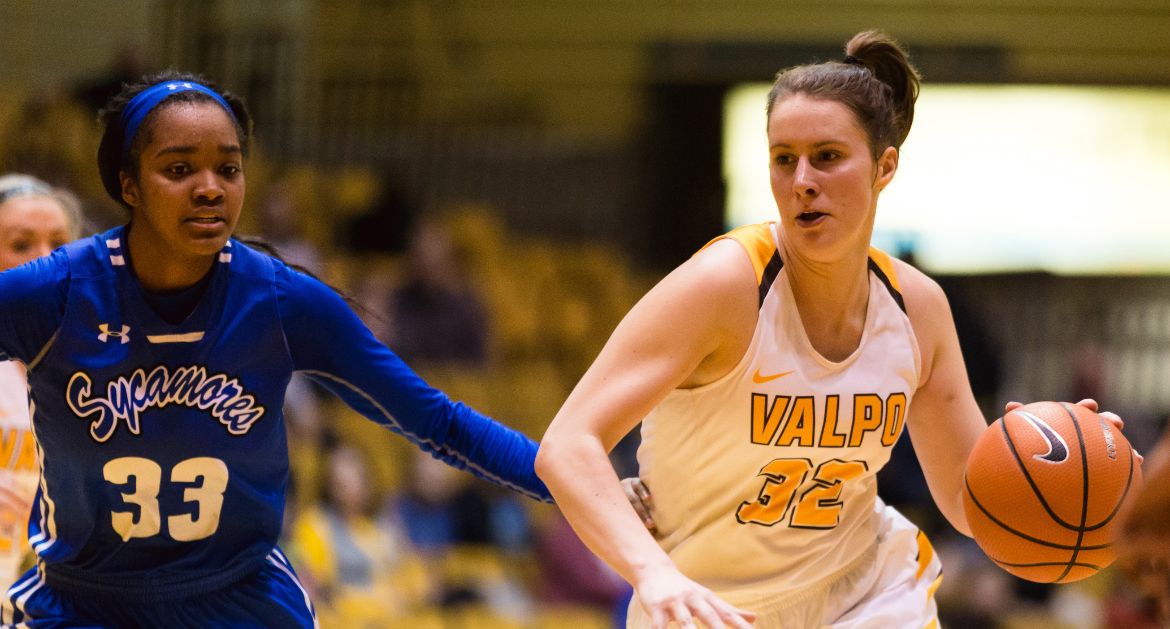 The Valparaiso University women’s basketball team played its second close game with Illinois State this season on Sunday afternoon at Redbird Arena, this time coming out on the wrong end of a 63-55 score. Free-throw shooting played a key role for the Redbirds, who went 25-of-28 (89.3 percent) at the stripe including 14-of-14 in the fourth.

Thoughts on the Game: “It was a back-and-forth battle and a game of spurts. I was disappointed by the way we shot the ball. We knew they weren’t going to make it easy for us, but I still would have liked to see us shoot better. We did a nice job rebounding, but I’m disappointed by the turnovers because I thought there were some unforced errors as well as the forced ones. I give Illinois State tremendous credit for the way they played down the stretch.”

On Dani Franklin: “She’s student teaching this semester and she’s making the adjustment to being on her feet all day long instead of sitting in class. At the same time, she’s not making any excuses. We’ve continued to get her shots. Some of them were tough looks, and I give Illinois State’s defense credit for contesting everything and making it hard on her.”

On Second Chances: “We did a great job setting ourselves up for second chances with our rebounding performance. I’m pleased with that aspect, but we’ve just got to finish better to take full advantage of those opportunities.”

The Crusaders will not return to game action until Sunday, Feb. 11 as they complete a stretch of three straight road games at Loyola. The game will tip at 1 p.m. CT and can be heard on 95.1 FM Valparaiso with Ben Ariano (play-by-play) and Brandon Vickrey (color commentary). As always, the game can be seen on The Valley on ESPN3.