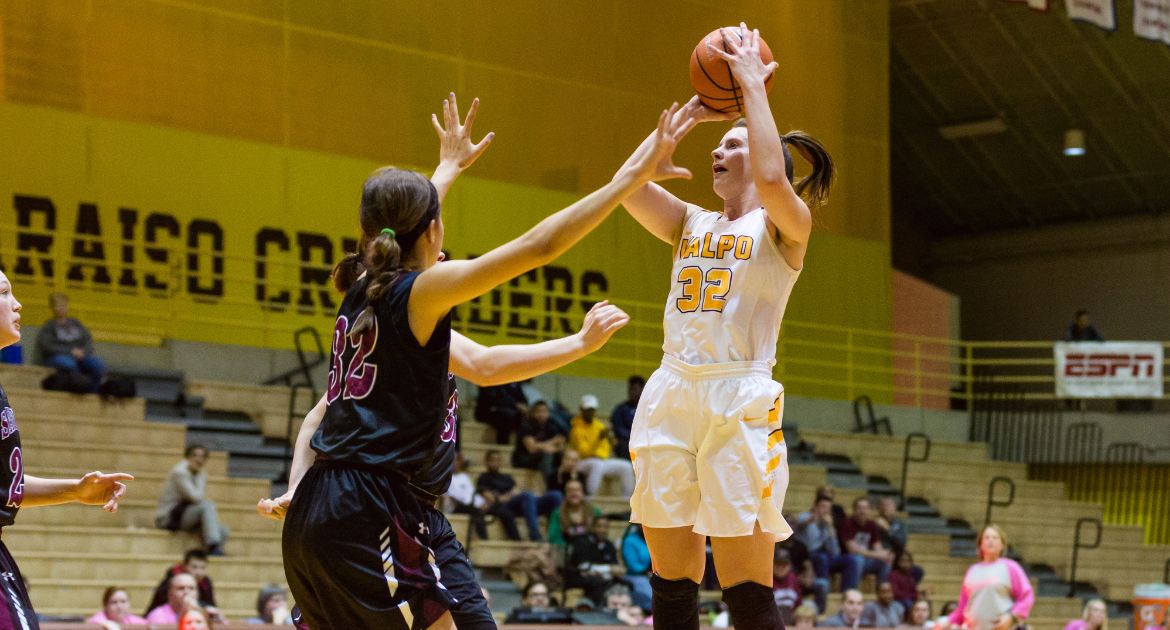 Foul trouble coupled with injuries was an unfavorable formula for the Valparaiso University women’s basketball team on Friday night in a 64-46 loss to Indiana State at the Hulman Center in Terre Haute. Two starting forwards picked up their fourth foul in the third quarter, hampering a Crusader team that was already playing with a thin bench with three players sidelined by injuries.

The Crusaders will look to round out the road trip in style on Sunday afternoon at Evansville as the Crusaders and Purple Aces tip off at 1 p.m. CT. Valpo will look to spoil Evansville’s Senior Day and secure a season sweep. The game can be seen on The Valley on ESPN3, heard on 95.1 FM Valparaiso and followed via live stats.