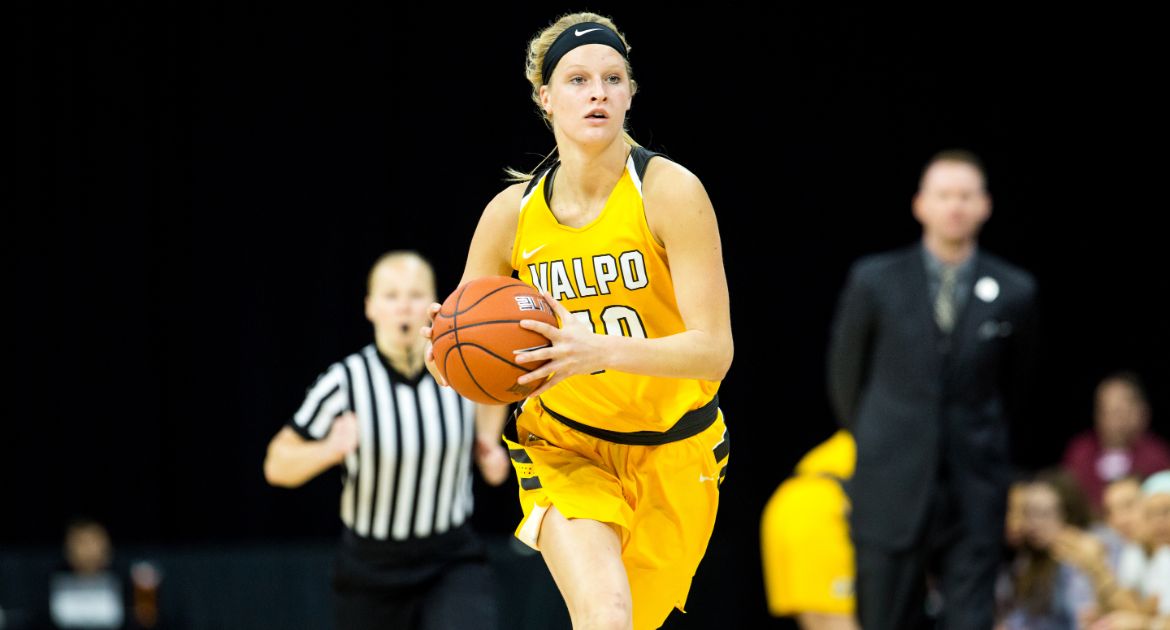 The Valparaiso University women’s basketball team saw its season reach its end in the quarterfinals of Hoops in The Heartland on Friday afternoon in Moline, Ill. The Crusaders fell 89-40 to top-seeded Drake in what proved to be the final collegiate game for seniors Dani Franklin (Cedar Rapids, Iowa / George Washington) and Georgi Donchetz (Savage, Minn. / Burnsville).

“This is certainly not the outcome we wanted to have, especially for the seniors, but Drake is a heck of a team as we all know. We struggled right out the gate in the first quarter with the defensive lapses that we had in our zone. We tried to pack it in to limit some of their back cuts and some of their reads to make them play fundamental basketball instead of just using their athleticism. We had trouble getting back in transition and locating them, and they were able to go off. On the offensive end, we did a nice job of creating the looks that we wanted to get. We made some adjustments to create some openings. We got the great looks, and unfortunately today they just didn’t go for us. When you don’t shoot well against a team of Drake’s caliber, this type of result can happen. It definitely got away from us there at the beginning of the third, if not the end of the second.”

“We made adjustments and created the opportunities and the kids took the shots we wanted in open spots. But when you play a team of that caliber, even when they’re not there, they’re there, if you know what I mean. It was a little bit in our heads that we were playing a team as good as Drake, and for that reason we struggled to knock down open shots.”