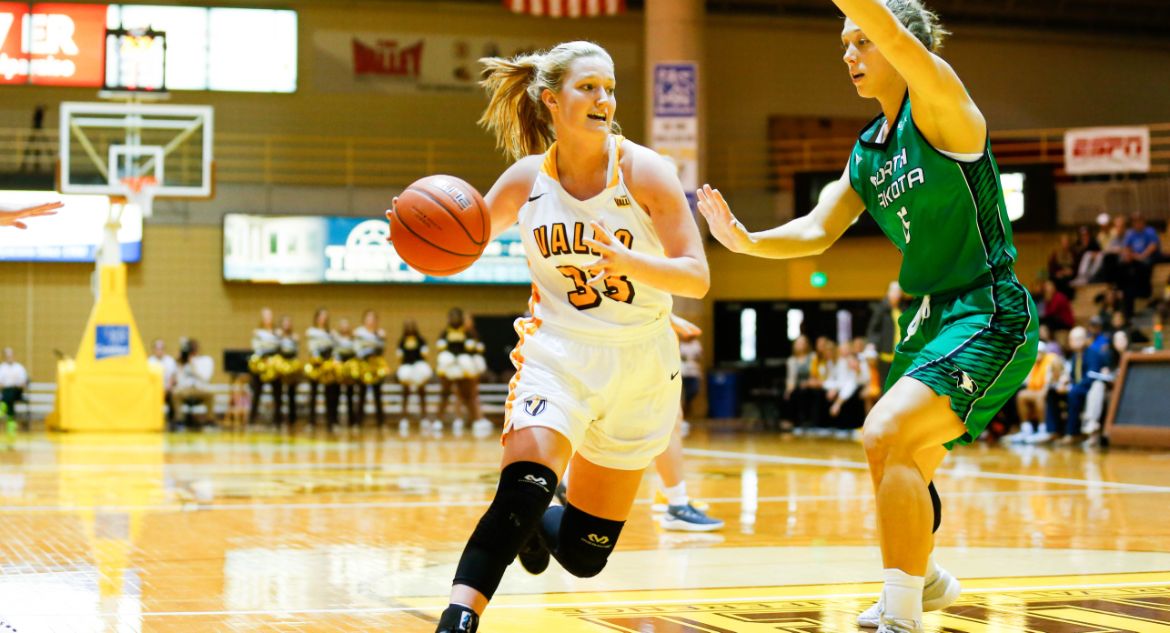 Senior Allison Schofield had a career-high 16 points on Wednesday at Illinois.
Valparaiso at Illinois | November 14, 2018

Four members of the Valparaiso University women’s basketball team made their way into double figures on Wednesday night against Big Ten foe Illinois, but the host Fighting Illini came away with a 73-54 win at the State Farm Center in Champaign. Senior Allison Schofield (McCordsville, Ind. / Heritage Christian) turned in a career-high 16 points to lead her team.

“We’ve spent quite a bit of time over the last few days focusing on our offense. We have a better understanding of what we’re trying to do, so I’m hoping we can take the film from tonight and show our players some of the good things that happened. We’ll also look at the things we did poorly and make improvements for Friday’s game against Morehead State.”

“I’m happy to see us have four players in double figures, because that’s what it’s all about – playing team basketball. We had some good screening action. We’re down to nine healthy bodies at this point and playing a couple of kids who are banged up to see what they can give us. I’m really proud of our fight. If we continue to fight like this, good things are going to happen. We have a tremendous group of young women who are fighting their hearts out.”

The road trip continues for Valpo (0-3) as the team will be back in action Friday for the first of two games at the Vinewood Farm Classic in Morehead, Ky. Valpo plays host Morehead State on Friday at 5:30 p.m. CT. The game will be carried on ESPN+. Radio coverage will be available on either 95.1 FM Valparaiso or online only on ValpoAthletics.com via UStream, depending upon the time of Friday’s Valpo men’s basketball game in Myrtle Beach.