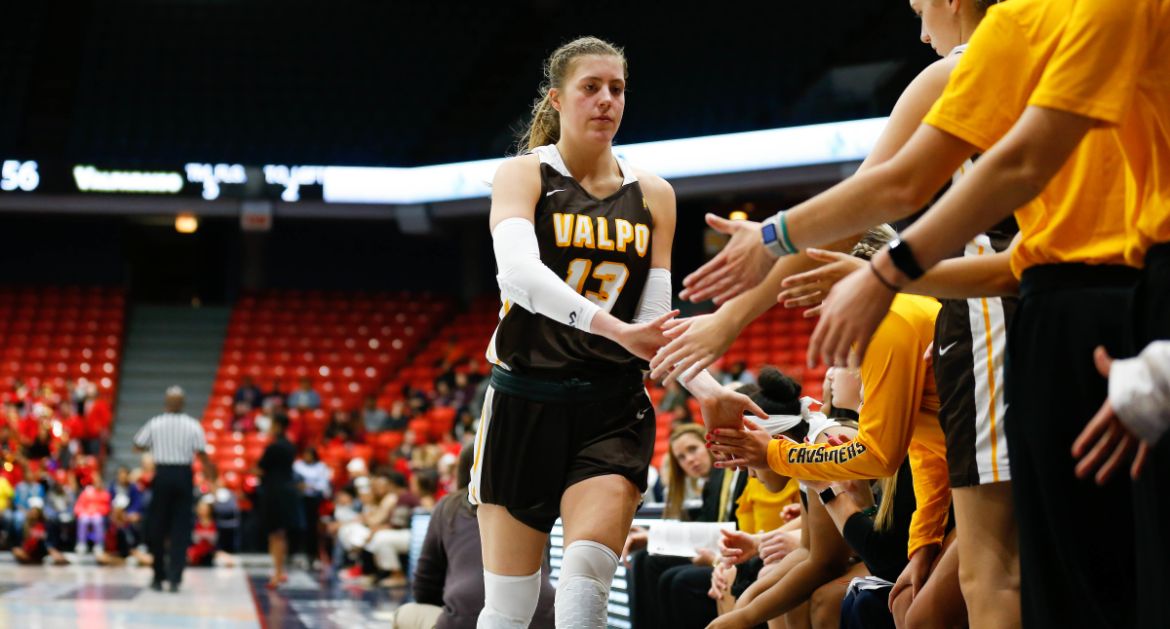 Next Up in Valpo Basketball: After a week off from game action to focus on completing finals, the Valparaiso University women’s basketball team will compete on its home floor once again on Sunday. North Dakota State will be in town as Valpo continues a home-heavy nonconference slate at the Athletics-Recreation Center.

Last Time Out: The talent of a Miami (Ohio) team that qualified for the WNIT last season and has only lost to No. 5 Louisville this season showed through on Saturday, Dec. 8 as the RedHawks came to Valpo and picked up a 68-47 victory. Addison Stoller had 15 points and seven rebounds to lead the team in both areas, while Meredith Hamlet chipped in 13 points. The game was altered in a third quarter that saw Miami (Ohio) outscore Valpo 15-3 as Valpo went 1-of-12 shooting in that period.

Following Valpo: Sunday’s game will be broadcast on ESPN+, which is available on a subscription basis for $4.99 per month. Dave Huseman will handle play-by-play duties with Renee’ Turpa providing the color commentary. On radio (95.1 FM, online via TuneIn), Ben Ariano (play-by-play) and Willie Boyd (color commentary) have the call. Links to live video, audio and stats will be available.

Series Notes: This marks the first time Valpo and North Dakota State have met on the hardwood.

Rising the Scoring Ranks: For the third straight season, a Valpo player climbing the all-time scoring list is a continuous storyline. After two straight seasons of Dani Franklin moving up the Valpo ranks and eventually finishing second in program history in career points, it's Meredith Hamlet's turn. Hamlet scored 13 points on Saturday vs. Miami (Ohio) to advance her career total to 1,096. She is now even with Tamra Braun (2003-2007) for 11th in program history. Hamlet has been a longtime fixture as she played in her 100th career game and made her 98th career start against the RedHawks.

Home Sweet Home: Valpo's players will continue their extended stretch of sleeping in their own beds until heading to Fort Wayne on Tuesday, Dec. 18 for a game on Wednesday, Dec. 19. The last time Valpo spent a night in a hotel was Friday, Nov. 16 ahead of the Saturday, Nov. 17 game against St. Francis Brooklyn in Morehead, Ky. Valpo has played four of five at home with the lone road game being a one-day trip to Chicago State on Nov. 29. Going over a month between hotel stays mid-season is extremely rare and has little precedent in program history.

Ascending the Assist Chart: Redshirt junior point guard Hannah Schaub is up to 260 career assists, a total that ranks 12th in program history. She passed Kathryn Knoester (2000-2004) for sole possession of 12th on Saturday, Dec. 8 vs. Miami (Ohio).

3-Point Watch: Meredith Hamlet has made 174 career 3-pointers and recently cracked the Top 5 in program history in that area. She needs nine more to draw even with Dani Franklin (2014-2018), who is fourth at 183.

Congrats, Graduate: Allison Schofield graduated on Sunday, Dec. 9 with her undergraduate degree in biology with a minor in business. Schofield will start her master’s in business administration in January. During her time on campus, the Valpo senior has garnered experience in her field by doing job shadows for pharmaceutical and medical device sale companies. She shadowed with Eli Lilly two summers ago and Stryker this past summer.

Not for the Faint of Heart: Seven of Valpo’s first nine games this season have been decided by 10 points or fewer. A year ago, Valpo had eight games the entire year decided by that slim of a margin. Valpo has two wins by two points or fewer this season, allowing the team to improve to 7-1 in those games since the start of the 2015-16 season and 7-0 in such games that are decided in regulation. Valpo’s most recent game, a 68-47 loss to Miami (Ohio), was just the second time all season the team played in a game decided by more than 10 points.