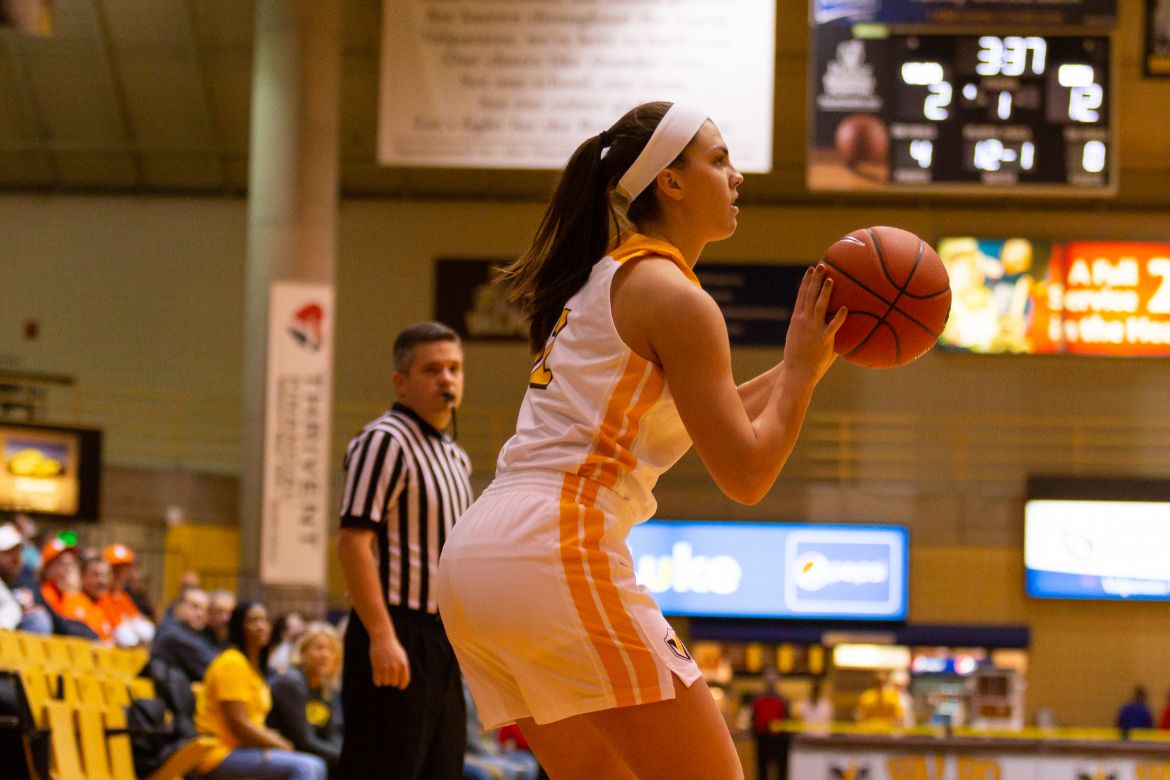 Addison Stoller had career highs in scoring and rebounding on Friday.
Valparaiso at Southern Illinois | January 25, 2019

Redshirt sophomore Addison Stoller (Cissna Park, Ill. / Cissna Park) turned in a career performance on Friday night at SIU Arena, but the Valparaiso University women’s basketball team fell 87-65 to Southern Illinois in Carbondale. Stoller established personal bests in both scoring and rebounding, serving as the bright spot of the night for Valpo.

“Southern Illinois shot the ball extremely well. Our defense played a role in some of that, but some of it was them hitting shots. Teams have good shooting nights; we just had one on Sunday. They made all their open 3s, and that doesn’t always happen. We did have some defensive breakdowns that we need to fix and learn from moving forward to Missouri State.”

“Nicole Martin is an extremely gifted player. She can score with her back to the basket. She can score at the rim. She blocks shots, finishes very well and does a good job making free throws. She’s a tough player to guard. We were late on some rotations when we had help and gave her easy ones. We allowed them to go high-low too much tonight.”

“Addison came out in the second half and brought an intensity and aggressiveness to the game. That’s why we had a better third and fourth quarter. We made significant offensive improvement in the second half, but we could never quite get our defense going tonight. That’s a work in progress and something we have to continue to build on and work on.”

“We’ll get to work tonight watching film before our game against Missouri State. Tomorrow is going to be about getting our bodies right. Both Southern Illinois and Missouri State are extremely physical and aggressive, so making sure we feel good physically going into Sunday is going to be important.”

Valpo (5-13, 1-5 MVC) will head to Springfield for a date with Missouri State on Sunday afternoon. The game will be televised in the Chicago market on NBC Sports Chicago+ in addition to being available on ESPN3 (local blackout may apply). Valpo and the Bears will tip at 2 p.m. CT with links to live video, audio (95.1 FM Valparaiso, TuneIn Radio app) and stats available on ValpoAthletics.com.