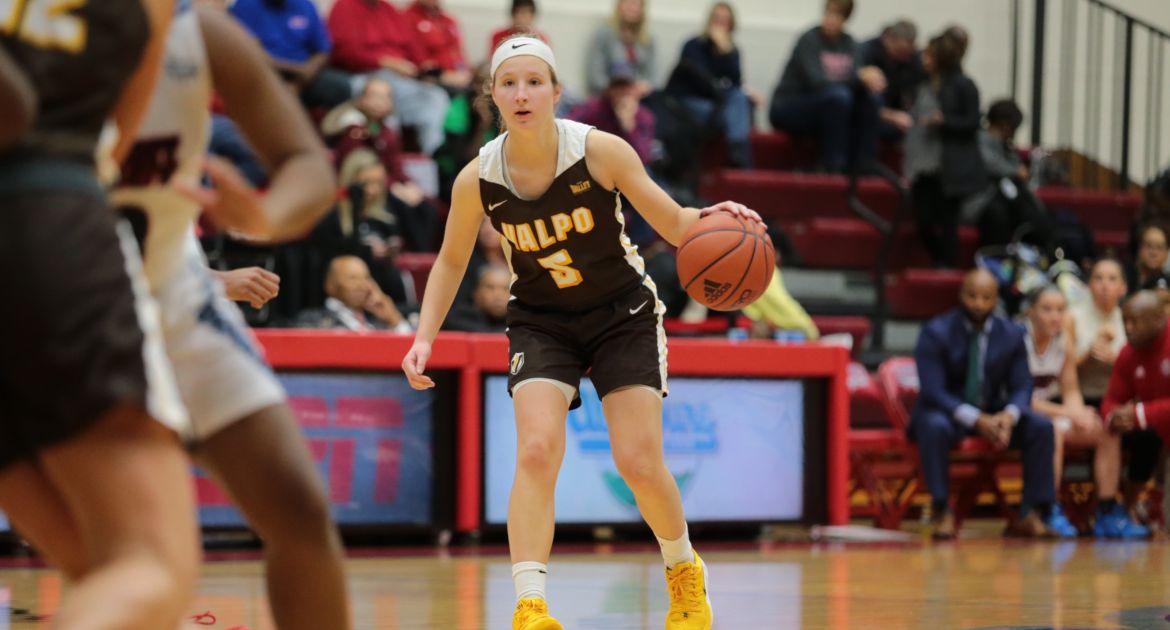 An earlier than normal start time didn’t faze the Valpo women’s basketball team on Thursday, as Valpo came out for the 11 a.m. local tip and led nearly start to finish, winning 77-58 at Detroit Mercy in front of a crowd of better than 4,500 on Field Trip Day at Calihan Hall. The victory extended Valpo’s winning streak to three games and gave the team its third road victory of the season in five tries.

“These games can present a challenge, being earlier in the morning than you're used to playing and coming with a lot of distractions in terms of the number of kids in attendance - it gets you out of your normal routine. I think that maybe played a part in us coming out slow in the first quarter, but after that, we were able to settle in, especially on the defensive end. We played pretty well for the last three quarters on defense.”

“We've got quite a few pieces in our rotation this year who saw significant minutes last year - three in our starting lineup and players coming off the bench as well - who understand our offensive philosophy having played in it for over a year now. We've got a few newcomers as well who are still learning, but we spent a good bit of time this summer working on our system. I think that combination of experience and summer work has us ahead of where we were this time last year on that end of the court, and I think you see that in the way we're moving offensively and the shots we're getting. It helps as well to have a great group of players who are really versatile, who you can trust shooting the ball, passing the ball and driving the ball.”

“It's huge when we're able to force as many turnovers as we did today. We're not a big team and we play undersized most of the time, so for us to have a pretty distinct advantage in turnover margin (+9 on Thursday) is key to help offset any disadvantage we might have on the glass, although we did well in that category today too (even 31-31). We're starting to understand the overall defensive philosophy we want to instill as well. Our players had opportunities to make plays on the defensive end today, and they took advantage.”

Valpo (4-3) will step away from competition for final exams week, meaning it will be 10 days until the Brown and Gold retake the court. The next appearance will come at the ARC on Sunday, Dec. 15 for a 1 p.m. tipoff against UIC. The game can be seen live on ESPN3.