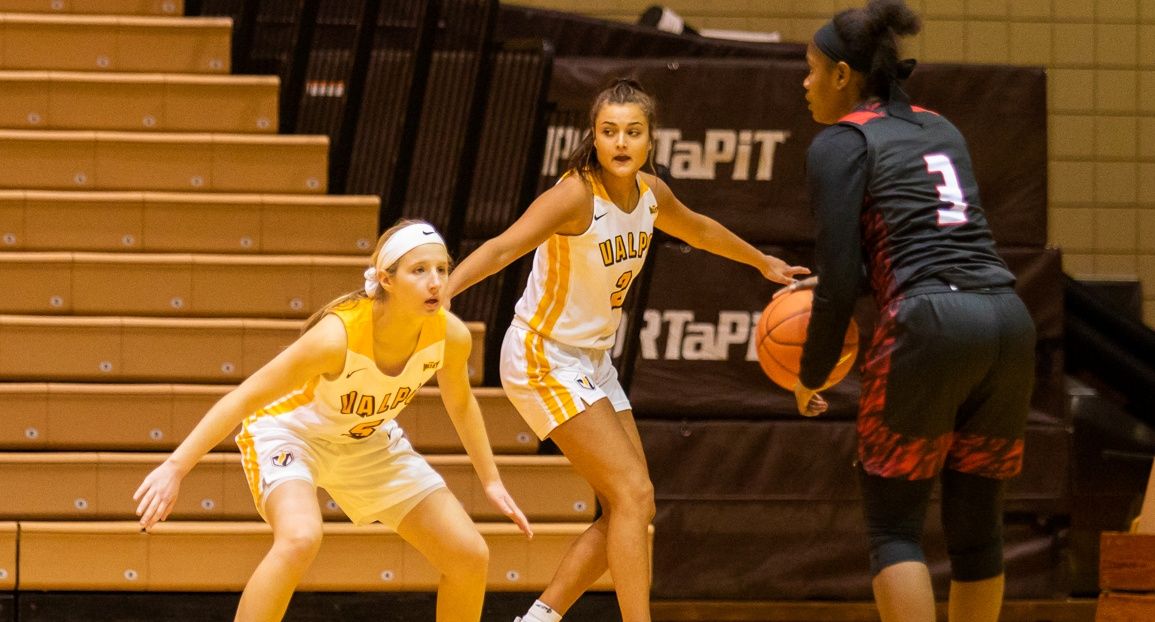 One of the best defensive performances in program history propelled the Valpo women’s basketball team to its fourth consecutive win on Sunday afternoon at the ARC, as it took down visiting UIC by a 63-37 final. The four-game winning streak ties the program’s longest streak of consecutive victories since 2007.

“I think we had to be more aggressive offensively, and once we were, good things happened. In the first quarter, what we wanted to do would have worked, but we just were being passive. In the second quarter, we switched a few things around, but overall, the players just got more aggressive - they were attacking the rim, making better cuts, and shooting the ball with more confidence.”

“UIC runs a dribble drive on offense, and so we switch a lot of that, and I thought we did a really good job guarding it most of the night. We had some instances where we were getting beat on backdoor cuts, but we were able to get that cleaned up. We really talked about shrinking the floor and protecting our paint, and we did that well, forcing them to have to make an extra pass. We flew around on defense, went after their passes, and were more aggressive going after the basketball.”

“Morehead State brings in a similar offensive style, but we're going to have to be better to beat them on Tuesday. We'll get in the gym tomorrow - not so much from a physical standpoint, but we have to be better mentally and with our focus, ready to play a full 40 minutes of basketball.”

Valpo (5-3) looks for a fifth straight win on Tuesday night at the ARC in its final game before Christmas, hosting Morehead State. Tipoff is slated for 6 p.m., and all the action can be seen live on ESPN+.