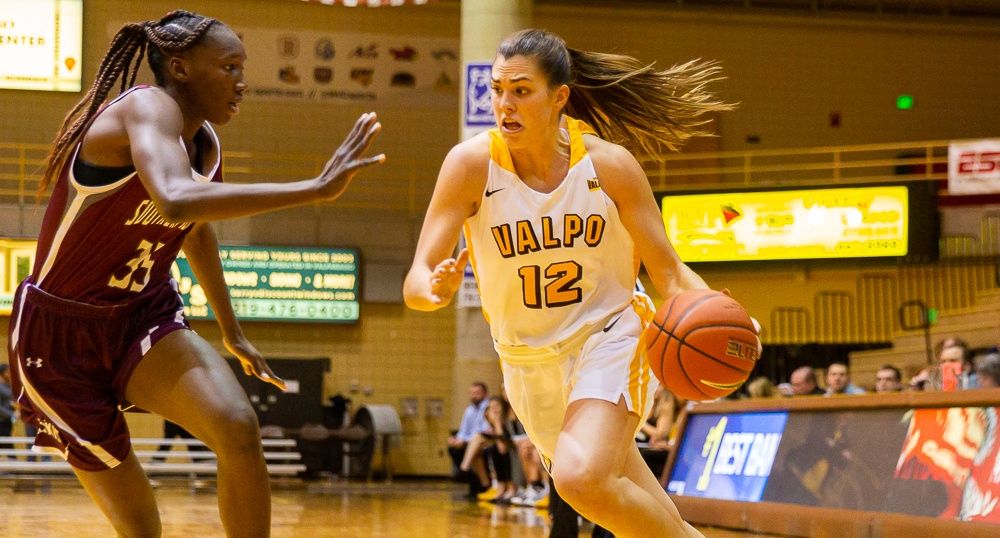 The Valpo women’s basketball team saw its seven-game winning streak come to an end on Friday evening as it opened Missouri Valley Conference play, falling to a strong Southern Illinois squad by a 67-51 final at the ARC.

“I'm not quite sure we were ready for the physicality of this game tonight. We talked before the game about how toughness against the physicality in our league and rebounding were going to be really important. We backed down a little from [Southern Illinois'] physicality, and we did not do a great job keeping them off the glass.”

Valpo (8-4, 0-1 MVC) continues MVC play with another tough task on Sunday afternoon, as the Crusaders welcome #19/21 Missouri State to the ARC. The game is slated for a 1 p.m. tip and can be seen live on ESPN3.