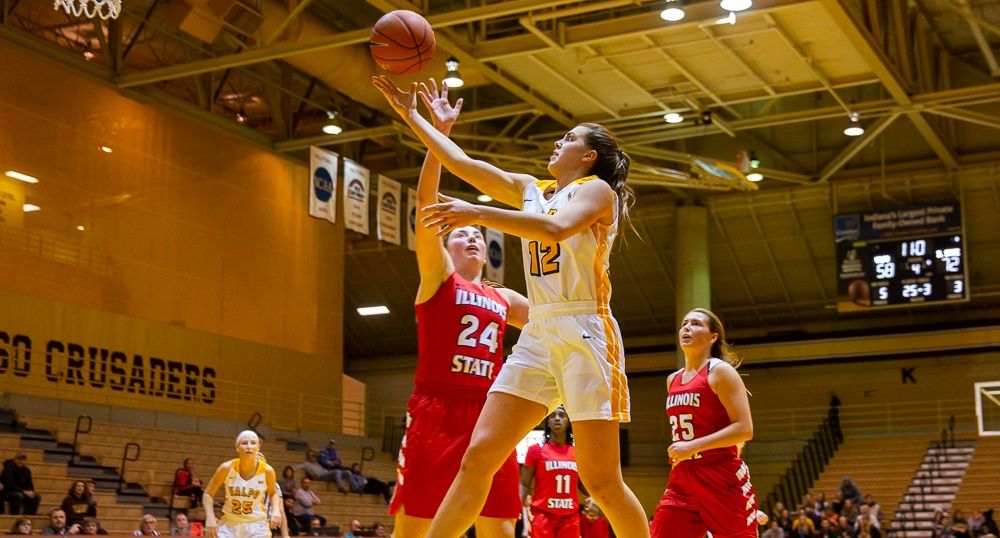 A 10-point run to end the first quarter proved to be too much for the Valpo women’s basketball team to overcome Friday evening at the ARC, as the Brown and Gold battled in an attempt to rally over the final three quarters before succumbing to visiting Illinois State, 72-60.

“We weren't executing offensively in the first quarter. We were making mistakes defensively as well, but most of it was just our inability to run our offense the way we've been running it recently. To put up only 11 points in that quarter, we just weren't executing well. I think we came back out the rest of the game and executed better offensively.

“[Illinois State guard] TeTe [Maggett] just got hot in the second half, and it's hard to stop her when she gets hot. She's a really, really talented player. Our game plan was to try to shrink the floor on her, try to get it out of her hands, but it's hard to do that.”