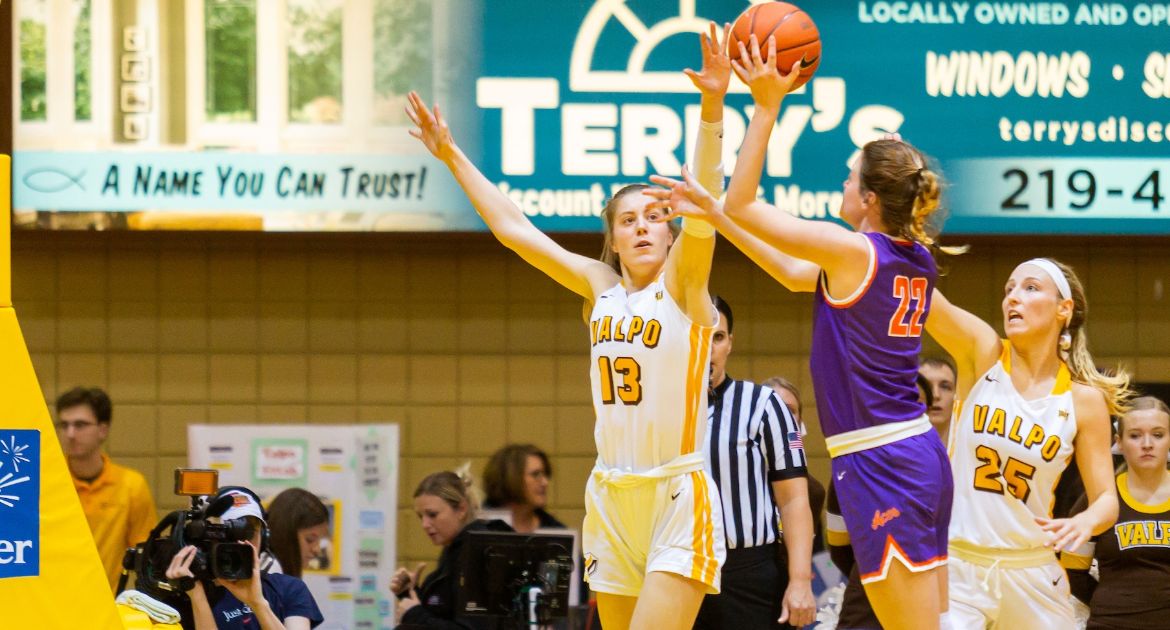 Ella Ellenson scored a season-high 12 points and also tied for team-high honors on the glass Friday.
Valparaiso at Bradley | February 14, 2020

The Valpo women’s basketball team kicked off a three-game stretch away from home on Friday evening at Bradley, falling to a Braves squad which remained unbeaten at home this year by a 90-69 final.

Valpo (13-10, 5-7 MVC) closes out this weekend road trip on Sunday afternoon at Illinois State with a 2 p.m. tipoff. The game will be broadcast live on ESPN+.