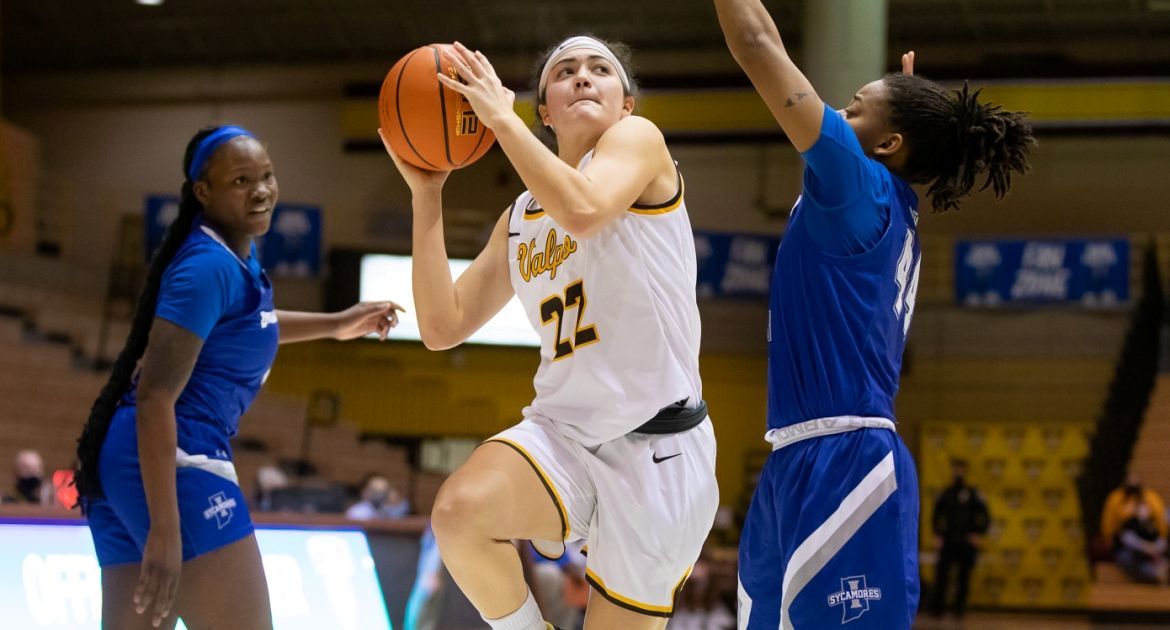 The Valpo women’s basketball team placed four players in double figures Friday in its return to the ARC and enjoyed another strong performance shooting from deep, but the Beacons were unable to overcome a large advantage in the paint and on the glass from visiting Indiana State, as the Sycamores earned an 85-65 win.

Valpo (5-13, 3-4 MVC) gets a chance to earn a split of the weekend on Sunday afternoon when it takes on Evansville at the ARC. Tipoff is set for 1 p.m., and the action can be seen live on ESPN+.