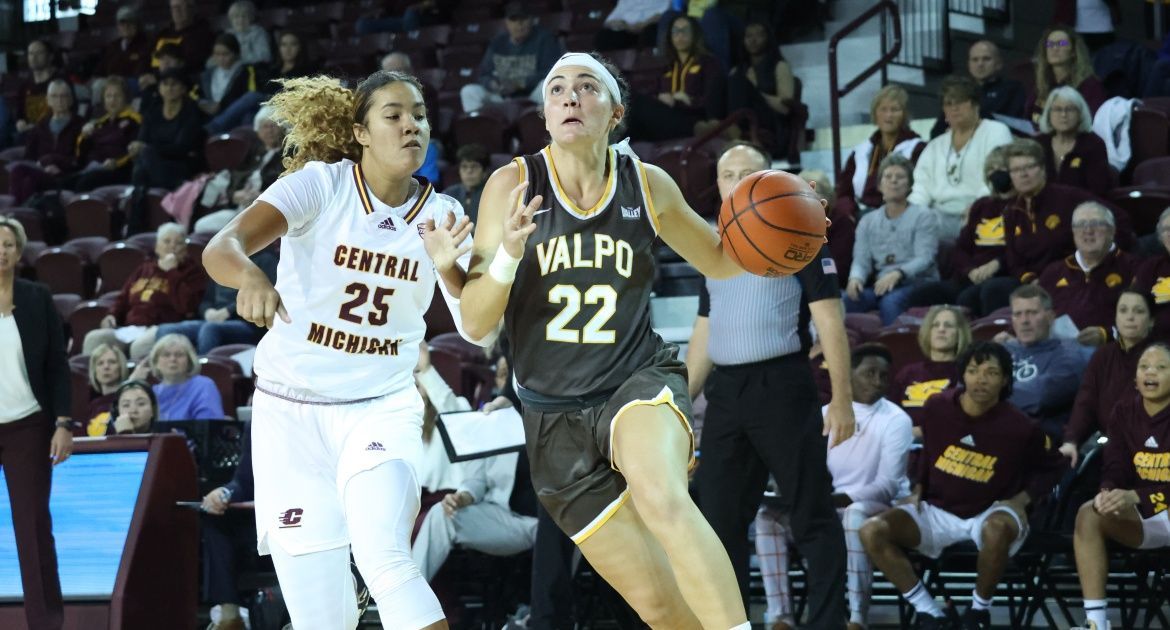 The Valpo women’s basketball team got the 2022-23 campaign off to a winning start on Monday evening on the road at Central Michigan, taking the lead in a tight game for good early in the third quarter and keeping the Chippewas at bay to earn a 71-64 victory. Junior Leah Earnest (Stevens Point, Wis./SPASH) notched her third career double-double which featured a career-best 20 points.

“Anytime you win on the road, it’s a fantastic thing — it’s hard to do. We didn't have a lot of information on what CMU would do with the overhaul on their roster. Our players did a tremendous job of adjusting on the fly with seeing what they were trying to do, plays they were running.”

“Short of the turnovers, I thought we did a nice job running our offense. When we drove it and shared the ball, I thought we got some tremendous looks.”

“Ali came in and gave us a big lift. She hadn't played a basketball game in over a year, so she was really excited for the opportunity to play. She was a great spark - she has a tremendous skill set, and I'm looking forward to watching her continue to get more comfortable and confident running the point for us.”

“Katie and Ava have sat behind other players the last couple years, and have never asked about playing time. They've just kept their head down and worked. They've both shown a great level of improvement over the last year, and even over the last month or two.”

“We've never questioned whether Leah can put the ball in the basket, and I think the other pieces are really coming around. I thought she rebounded the basketball great tonight. She was more patient, let the offense really come to her.”

Valpo (1-0) comes home to the ARC for each of its next three games, starting on Saturday afternoon at noon when the Beacons welcome Southern Miss to town. That game can be seen live on ESPN3.