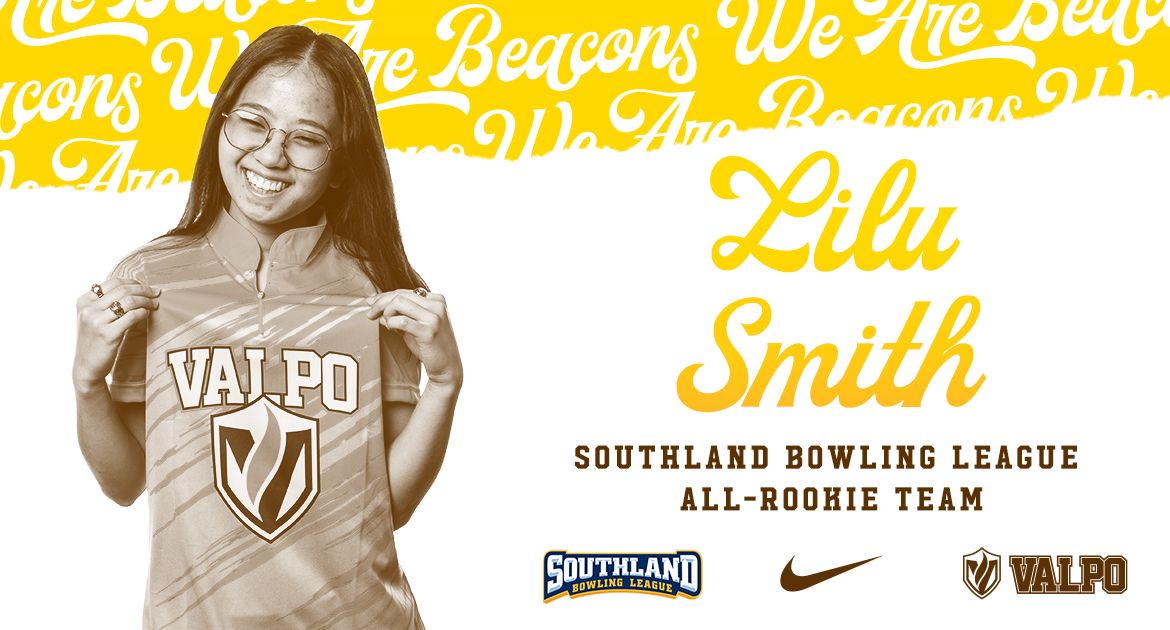 Valpo freshman Lilu Smith (Gahanna, Ohio/Lincoln) picked up her second postseason honor in less than a week’s time for outstanding performance in her first season competing at the collegiate level, as she was recognized Wednesday as one of five members of the Southland Bowling League All-Rookie Team.

Smith led Valpo with a 195.1 scoring average in traditional team matches during the 2021-22 season, a mark which ranks seventh-best in a single season in program history. Smith recorded a team-high 12 games of 200 or better, including a season-best game of 266, and led Valpo in nine of her 34 starts.

Smith is the first Valpo bowler to earn postseason recognition from the Southland Bowling League. She was previously honored last Thursday as a member of the NTCA All-Rookie Second Team.