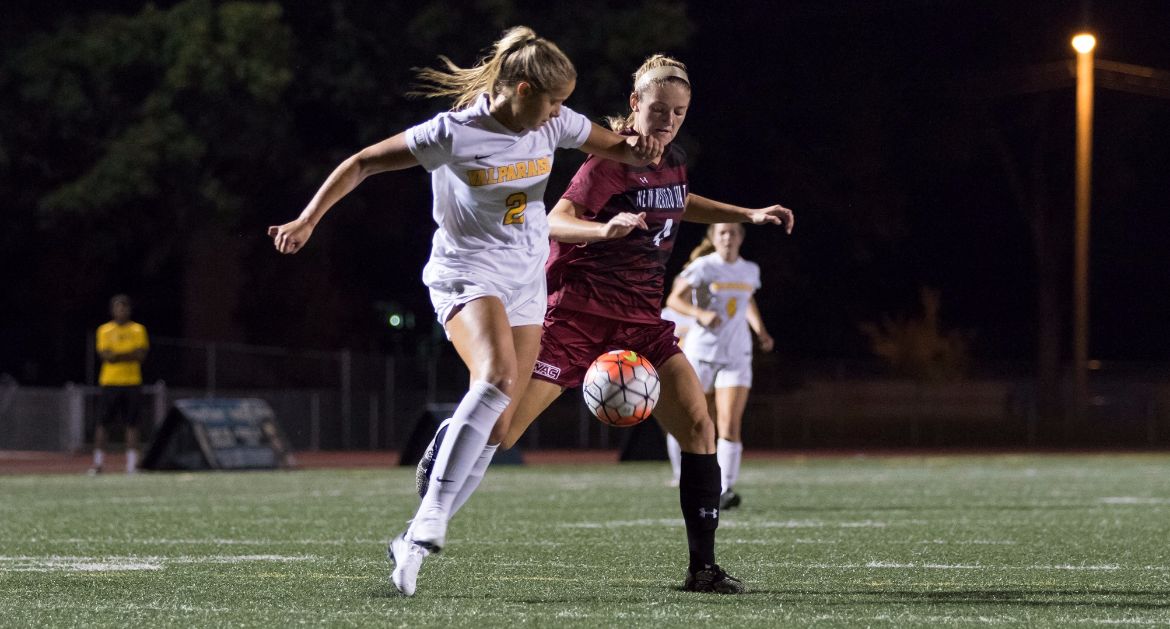 Sophomore Cory Griffith (Lemont, Ill./Providence Catholic) found the back of the net twice in a seven-minute span in the first half and the Valparaiso University women’s soccer team made her brace stand up for a 2-1 win at Northern Kentucky in the regular season finale Friday evening. Griffith set a program single-season record with her fifth match-winning goal of the season, while with the win, Valpo clinched a berth into the Horizon League Championship and will head to Oakland for a Monday night first-round matchup.

"I thought our players came out with a great attitude tonight and really did a good job implementing our tactical plan, dealing with the pressure that Northern Kentucky brings. Dealing with Macy Hamblin is a tough job, but our players did a great job making things predictable enough in the NKU attack that we were able to deal well with a lot of that pressure."

"Cory scoring her two first-half goals was a result of our ability to be really disciplined in getting the ball out wide and then turning those balls into opportunities inside the 18-yard box. We did a good job creating those first-half chances and Cory was able to find two finishes, which gave us that confidence heading into halftime to figure out how to close the game out with the lead."

"Tonight just showcased the parity and the craziness of the Horizon League - seedings coming down to the final night of play, with overtime goals and wins on the road. It's a testament to our players, battling every night out in league play on the journey to earn a spot in the tournament - they've maintained the right mindset and right attitude over the course of the season. Tonight, I was really proud of our team to get the important road win and not leave our spot up to other results, and now we move on and get ready for the first round of the tournament on Monday night."

The Crusaders (9-9-0) are the fifth seed for the Horizon League Championship, which begins on Monday evening. Valpo finished level with Oakland in a tie for fourth place at 15 points, but the Golden Grizzlies earned the tiebreaker with a head-to-head victory. The two sides will meet up in first-round action in Rochester, Mich. on Monday at 6 p.m. CT. The match can be seen live on ESPN3, WatchESPN and the ESPN app, with links for live video and live stats available via ValpoAthletics.com.