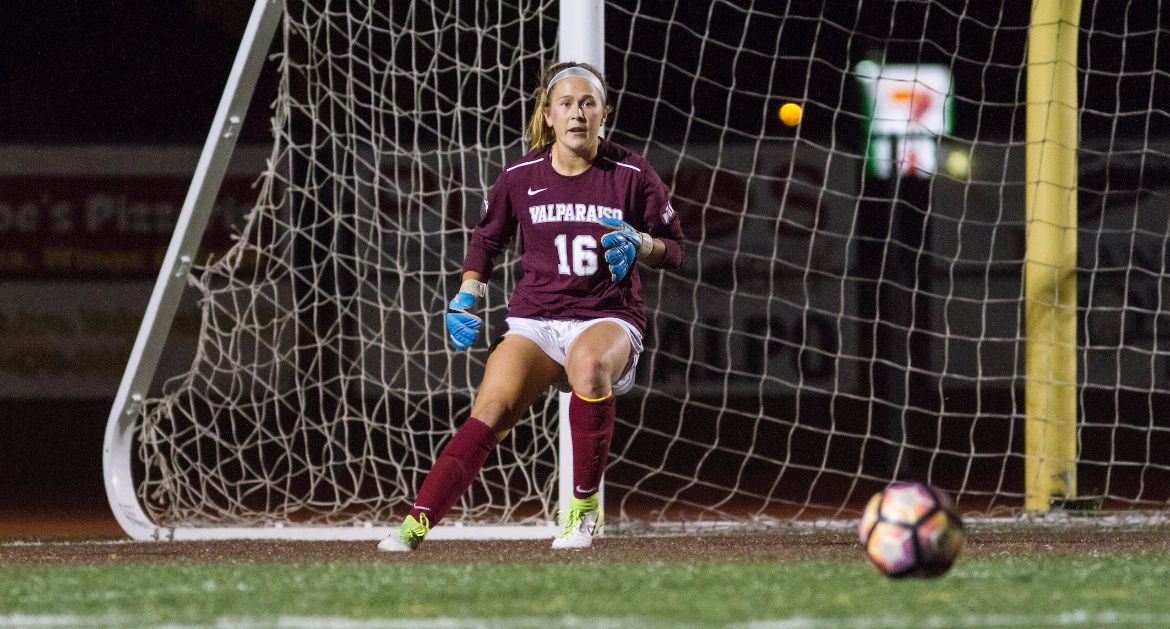 Drew Moulton made a season-best eight saves in goal for the Crusaders on Friday.
Valparaiso at Western Michigan | September 15, 2017

A spirited second-half effort from the Valparaiso University women’s soccer team wasn’t quite enough to turn around a one-goal halftime deficit, as the Crusaders dropped a 1-0 decision Friday afternoon at Western Michigan.

Western Michigan’s Tiffany Buckler found the back of the net in the 40th minute for the game’s lone goal.

"Our decision making and individual defending in the first half weren't at the level we need it to be at to be successful. We had a good halftime session and came out in the second half much better, attacking the game with the right mentality."

"I thought that Cory, Sydney [Gountounas] and Anna [Eksten] came out today with the mentality we need to be successful, and their performances reflected that."

"I felt we were maybe a bit unfortunate to not find the equalizer in the second half. But if we can take the lessons learned from today and apply them moving forward into Sunday, if we come out and play the full 90 minutes like we did the second half today, we'll continue to improve."

Valpo (5-4-0) faces its final test before the start of conference play on Sunday, as the Crusaders travel to Toledo for a noon CT kickoff. Live stats and live video through ESPN3 will be available via ValpoAthletics.com.