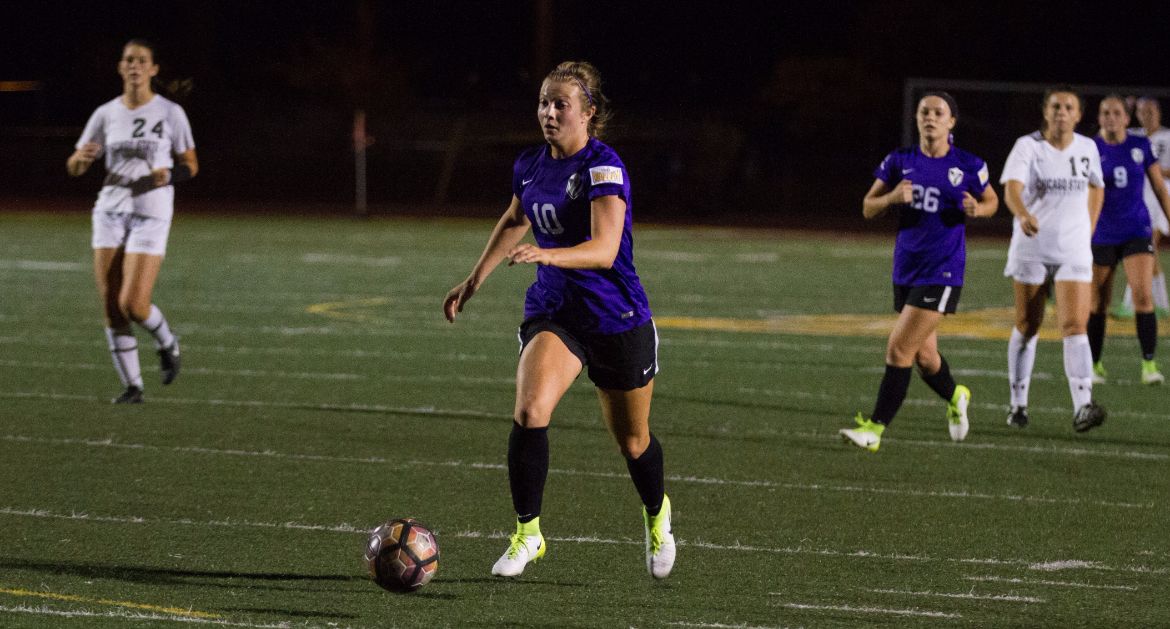 Lauren Torhorst tallied her second goal of the year on Saturday.
Valparaiso at Drake | September 30, 2017

The Valparaiso University women’s soccer team scored a pair of second-half goals in MVC action Saturday night at Drake, but couldn’t complete a comeback effort, falling to the Bulldogs by a final score of 4-2.

Valpo (7-6-0, 1-1-0 MVC) continues play in The Valley next Saturday evening at Loyola. Kickoff is slated for 7 p.m., and the match can be seen live on The Valley on ESPN3. Links for the live video, as well as live stats, will be available via ValpoAthletics.com.