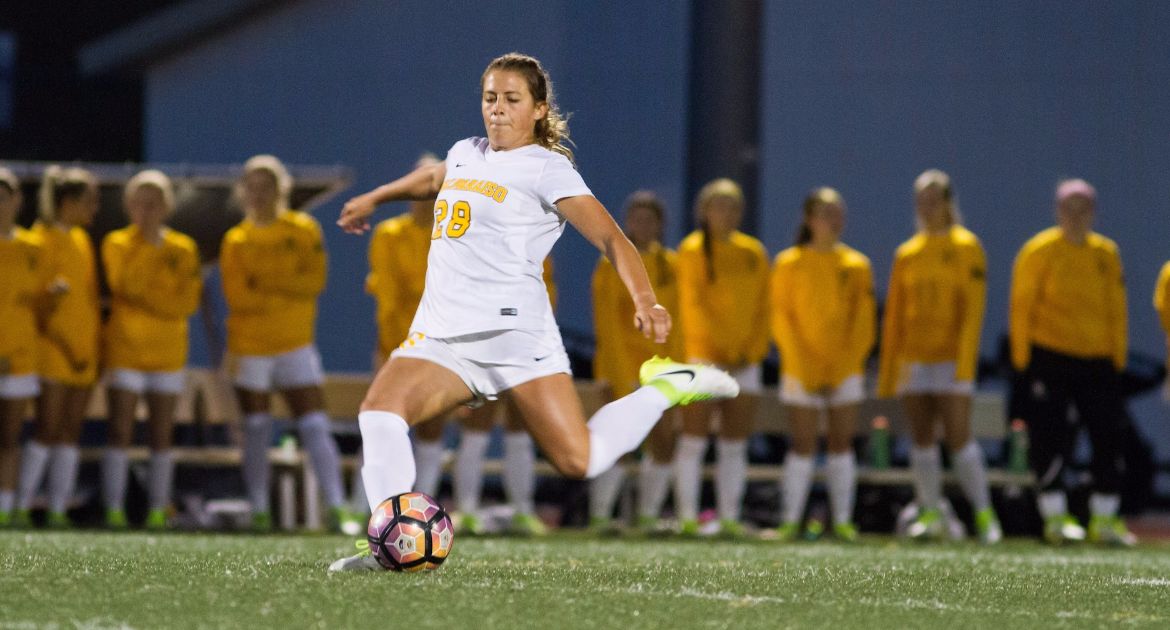 The Valparaiso University women’s soccer team picked up its second road win in Missouri Valley Conference play on Saturday night in Chicago, prevailing over league-leading Loyola by a 2-1 final.

"It's massive to be able to get three points in road games conference play, so we're really excited to come out with all three points tonight. We got a great group effort, and I felt our team defending was outstanding - we really did a nice job of keeping the game in front of us."

"Individually, across the board, we had players step up and do what they needed to do to put us in a position to win. I thought Sydney Griffin was really good tonight with her defending and her ability to keep possession. She made some very good decisions with the ball."

"It was nice to get a goal off the corner kick, and then vital to have Cory be able to pick up a second goal to give us the two-goal cushion, which in the end was something we needed."

"Road wins are difficult, and to get a second road win this early in the conference season is big. We're looking forward to prepping for another tough Valley test against UNI next weekend."

Valpo (8-6-0, 2-1-0 MVC) returns home to Brown Field next Saturday evening as the Crusaders host UNI at 7 p.m. A link for live stats will be available via ValpoAthletics.com.