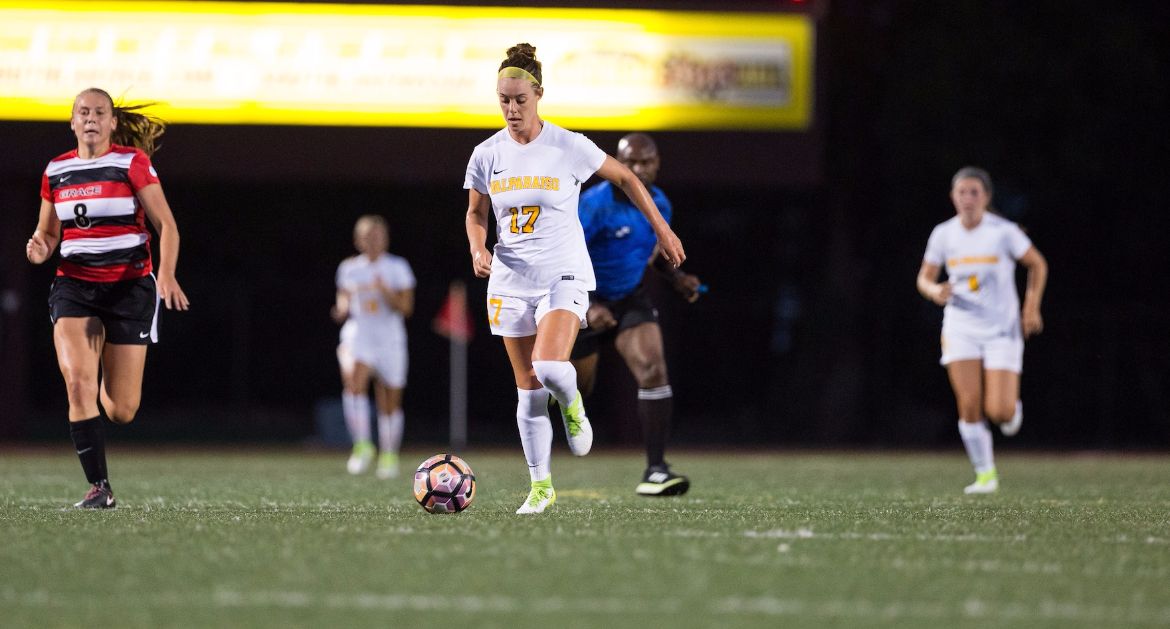 Jordon Tindell was one of four seniors who saw their final season come to a close Sunday.
Valparaiso at Loyola Chicago | October 29, 2017

The Valparaiso University women’s soccer team battled on Sunday in its first appearance in the Missouri Valley Conference Tournament since 1998, but the sixth-seeded Crusaders fell in Chicago to third-seeded Loyola by a 2-1 final as Valpo’s season came to a close. Junior Cory Griffith (Lemont, Ill./Providence Catholic) tied the Crusader single-season record for goals in Sunday’s finale, while senior Grace Rogers (Woodbury, Minn./Woodbury) set a new single-season mark for assists..

“I certainly am not disappointed in our group’s performance today – I thought they came out in their first MVC Tournament game and showed extremely well. We came into an environment like this, and I thought they really stood up today and let people know that they’re a great group who work hard and compete.”

“I thought the first goal Loyola scored was a good goal – a great touch by their attacker. But we came back and responded quite well to going down, equalizing quickly on a nice header from Cory off a good service from Grace. In the second half, we created some chances, but couldn’t find the equalizer.”

“We’re excited about the future, but today is also a sad day, because we say goodbye to four seniors we love. What makes it hurt worse is how much you care for them and want to see their time as players extended as much as possible.”