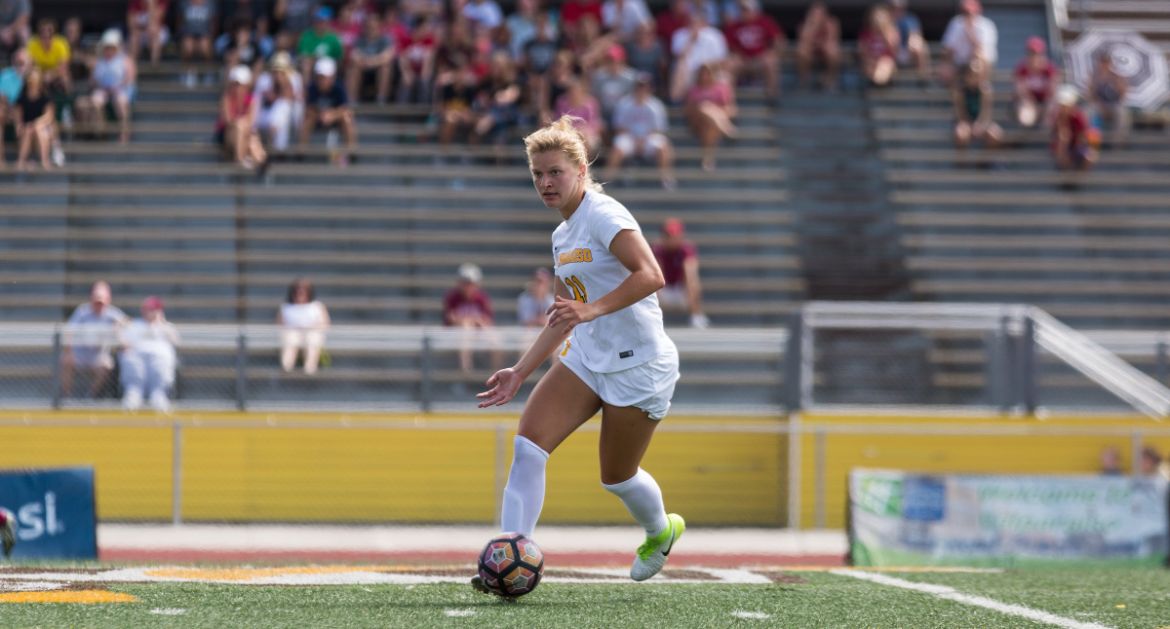 Facing a one-goal deficit early in the second half on Friday evening in Green Bay, Wis., the Valparaiso University women’s soccer team rallied with a pair of goals, with redshirt junior Ava Porlier (Downers Grove, Ill./South) connecting on the match-winner in the 83rd minute to give Valpo a 2-1 victory over Green Bay in both teams’ season opener.

"I'm just really proud of our group tonight - we put together a quality performance from a soccer standpoint. The way we played the first half was quite nice, moving the ball well, setting the ball and keeping possession. We just couldn't capitalize in the first 45, but then when we fell behind in the second half, our group was resilient and did a great job in responding. We fought to get the equalizer, and then we put Ava in late to give us some minutes at the number nine, and she came up with the game winner."

"I thought our back five did a really good job tonight, including Kez in goal. They were well organized and really did a nice job of getting across attackers' bodies to win the ball and then keep possession. I also thought our sevens and elevens in the twos and threes really interconnected well, played well creating width through the half space and created some nice 1-2 combinations down the flank."

"I'm really pleased with the development of our team so far, 17 days into camp. We're starting to put some things together, soccer-wise. Everybody who played tonight, even those who were on the bench, was a champion of their role. This was really a cultural win for us tonight to come from behind, and a testament to the will and desire of our players. We'll get into recovery, get after it and come back Sunday and try to cap the road trip with another win."

Valpo (1-0-0) looks to close out a perfect road trip on Sunday afternoon at Eastern Illinois. Kickoff against the Panthers is slated for 1 p.m., with live stats available via ValpoAthletics.com.