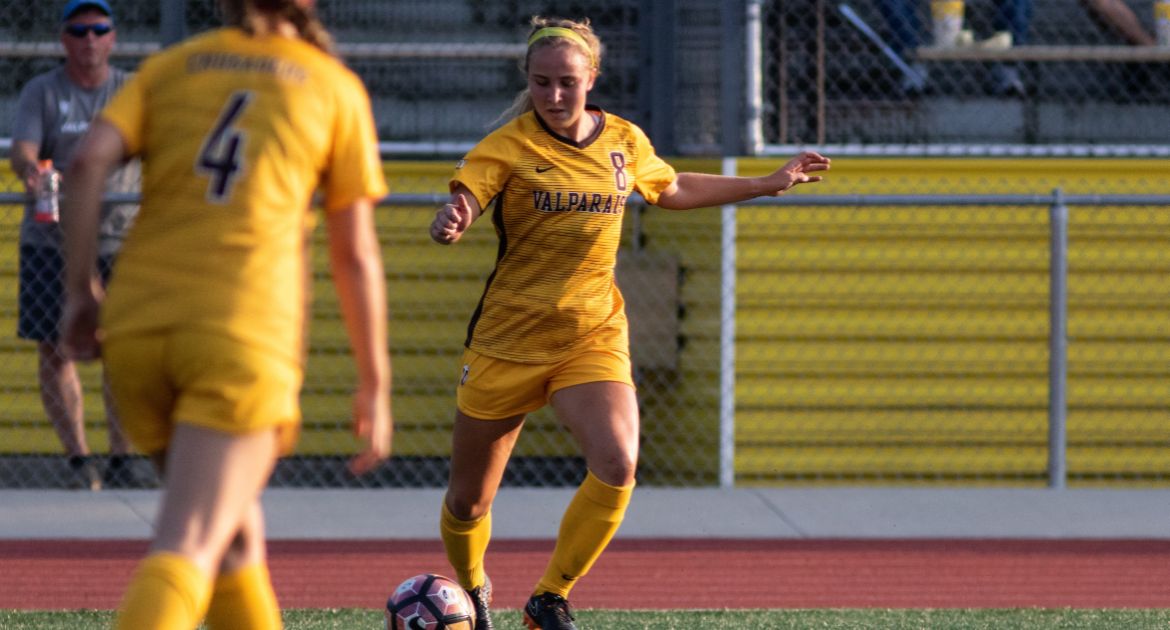 Kelsey Jahn went the distance in the back line for Valpo on Sunday.
Drake at Valparaiso | September 23, 2018

The Valparaiso University women’s soccer team battled toe-to-toe with defending Missouri Valley Conference regular season champion Drake in both sides’ MVC opener Sunday afternoon at Brown Field, but the Bulldogs found the golden goal in the 98th minute to come away with the 1-0 victory.

"We're obviously disappointed with the result, but I thought our fight and our battle today were quite good. Drake won the conference last year, and I felt we played them pretty even today."

"Neither team really gave any chances away today - there weren't a whole lot of opportunities out there. I thought there were large parts of the game where we had some really good shape, and I think we were able to create some opportunities for ourselves during those stretches."

"Unfortunately, late in the game and in overtime, we struggled a bit to connect. We ended up getting pinned in during that first overtime, and eventually Drake was able to take advantage of a half-chance and got the game-winner."

"I'm proud of our players - they went out and competed and battled for 90-plus minutes against a good Valley side today. We just have to get back at it starting Monday for our next test in Valley play at Evansville. We need to continue to push, while at the same time keeping our heads up and staying positive, because we certainly competed very well today."