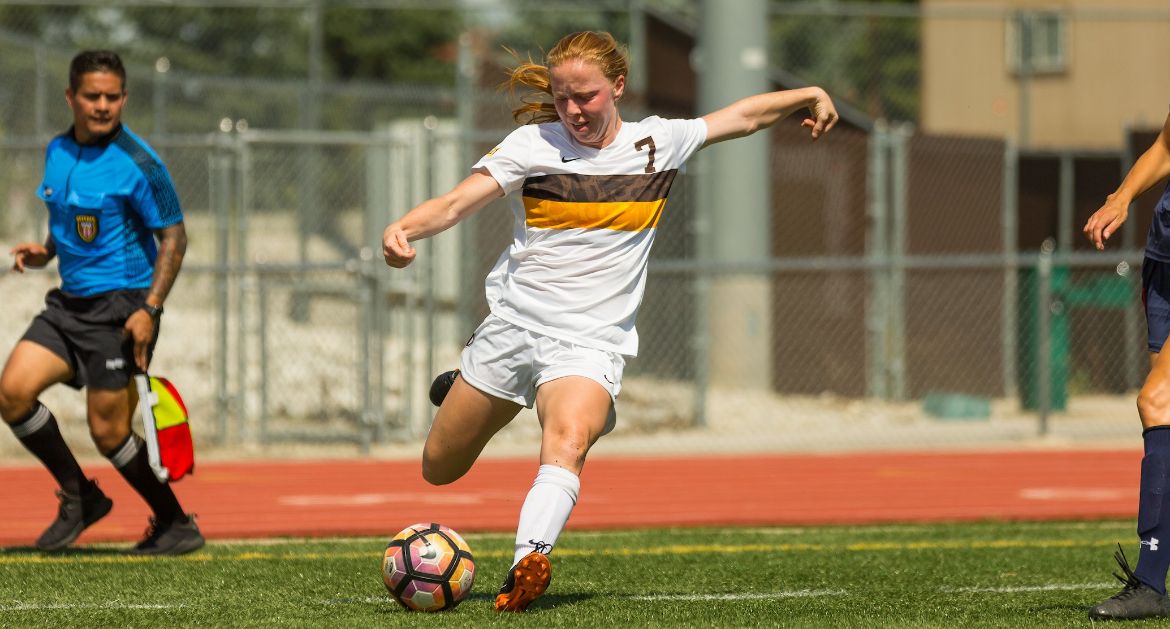 “I thought it was a really great, resilient effort by our group today. With the changes from yesterday, I felt like our mindset was absolutely spot-on. I thought our players executed the tactical plan as we had discussed, but more importantly, they just came out and really competed at a great level.”

“It was nice to see us get some goals in the first half, and then be able to really stick together and take care to get the result on the road against a really good side. It was great to see both Julia and Caitlyn score their first goals of their career, and I was also proud of our defensive mindset and the effort of Kez in goal today – she made two real quality saves to keep the shutout.”

“Today was really a full team effort, everybody contributed well to this win today. Most importantly, what we celebrated today was ultimately our mindset – I felt like our team did an unbelievable job with managing everything on the weekend, and managing how to be a successful athlete today. I’m super proud of our group – we’re going to celebrate this win today, get back on campus and start preparing for another tough match on Saturday.”

Three of Valpo’s (4-6-2, 1-2-0 MVC) final four matches of the season will be on Brown Field, starting with Saturday night as Valpo hosts Missouri State at 7 p.m. The match will be broadcast live on ESPN3.