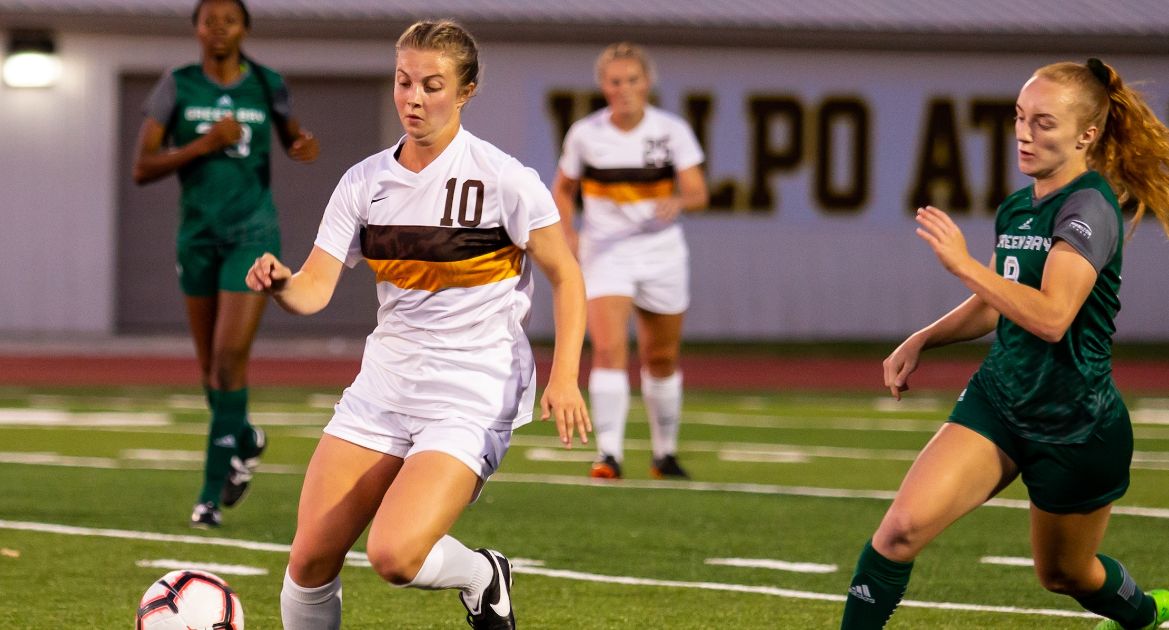 Twice, the Valpo women’s soccer team rallied from one-goal deficits in the second half Saturday night at Indiana State behind strikes from junior Lauren Torhorst (Waterford, Wis./Waterford Union), but the Sycamores found a third goal which stood up as the match-winner as Valpo fell by a 3-2 final score.