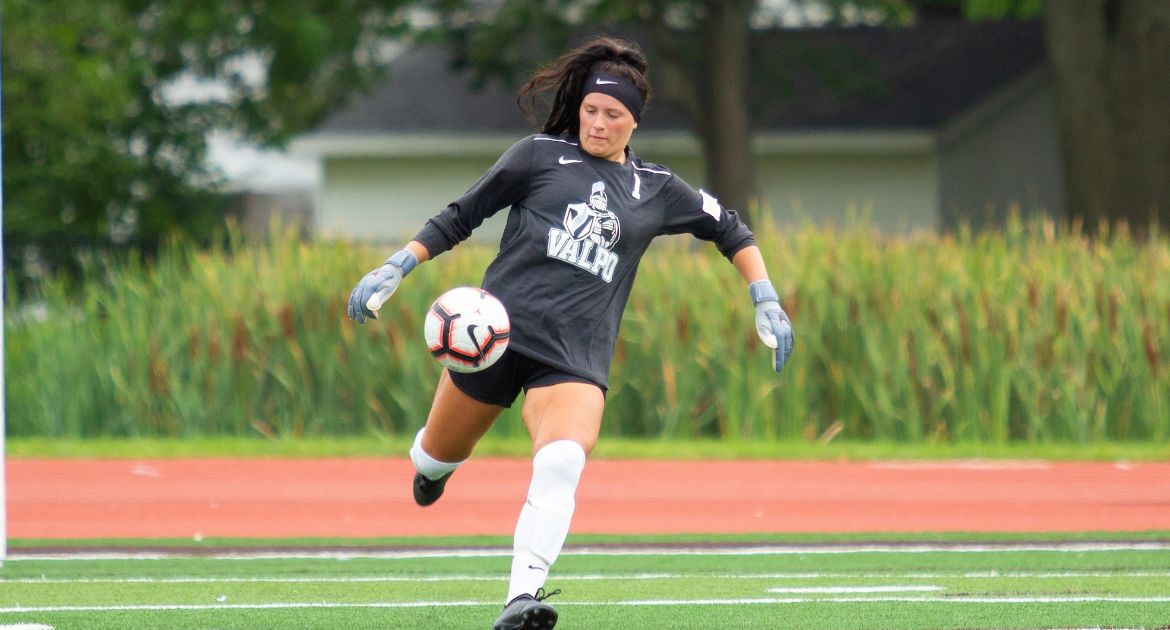 Kez Gesell made 10 saves, the second-most of her career, Saturday night.
Illinois State at Valparaiso | October 12, 2019

The Valpo women’s soccer team held one of the nation’s prolific offenses at bay deep into the second half of Saturday night’s match at Brown Field, but an 80th-minute goal was the difference maker as Illinois State closed the night with a 1-0 win over the Brown and Gold.

“I’m extremely pleased with everyone who stepped onto the field for us tonight. We came in with a new tactical plan against a very good goal-scoring side, and all our players came in and executed that plan. It was one of our best efforts this season in terms of our organization.”

“I couldn't be prouder of this group - they're continuing to work and battle, and if they continue to perform the way they did tonight, the results are right around the corner.”